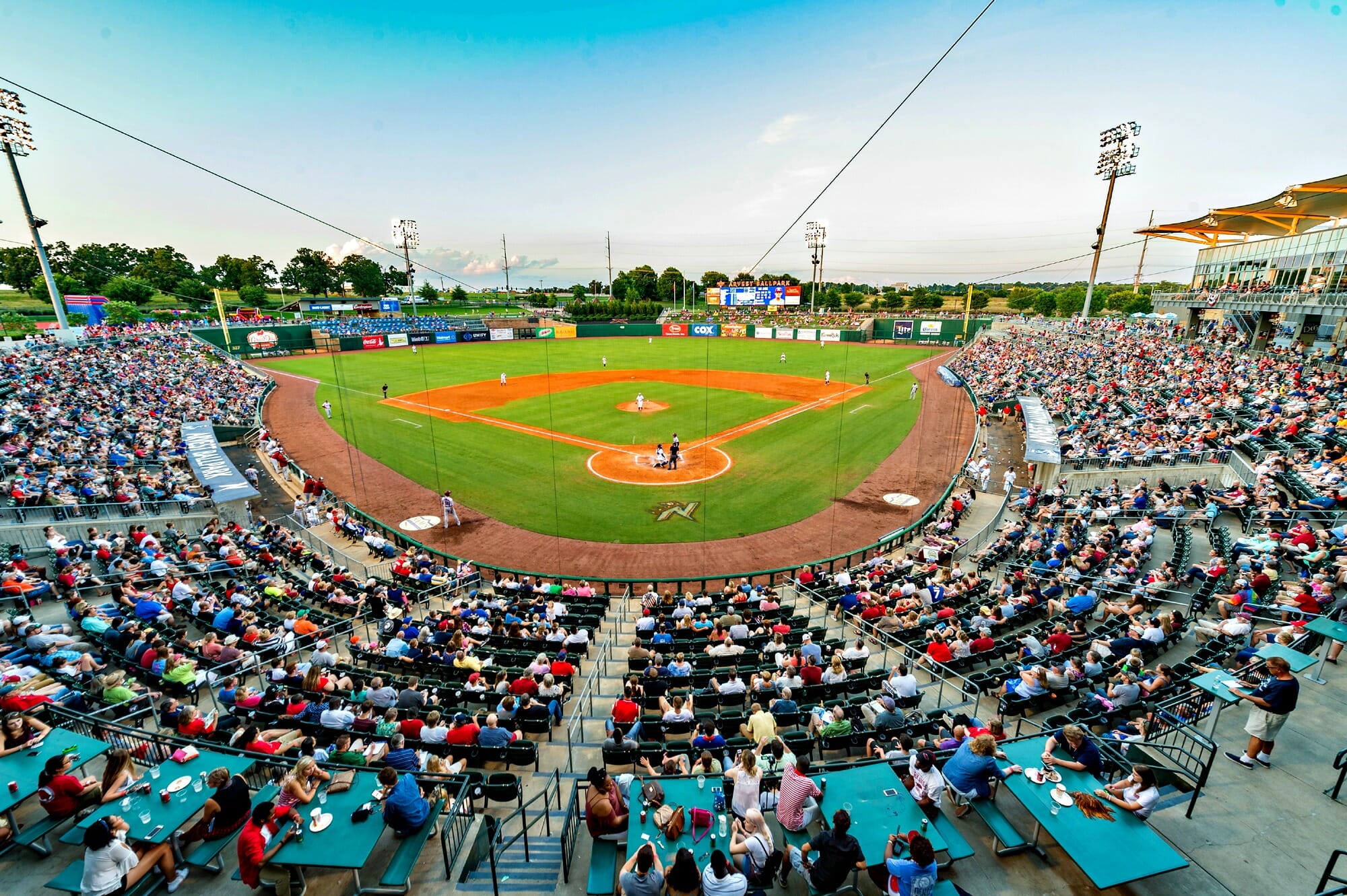 As summer winds down, so does the nation’s quintessential summer sport – baseball. Arkansas is lucky to have two great baseball teams in the state. The Arkansas Travelers have a long history of bringing the National Pastime to Arkansas. The Northwest Arkansas Naturals are a much more recent addition creating new baseball history in the state.

The Arkansas Travelers were known as the Little Rock Travelers for the first 62 years of their 121-year history. You read that right. The Travelers are one of the longest running teams in baseball. They first took the field in 1895 in the Southern League, but the team only lasted half a season and bowed out with a losing record. In 1901 they rejoined the league under better organization and finished in second place the next two years before dropping out again. Finally, in 1915, the Travelers gained the momentum and financial backing they needed. They crawled from last place in 1915 to league champions in 1920 and the team was here to stay.

A few remarkable personalities helped the Travelers become the team they are today. You can’t mention Travelers history without noting Ray Winder’s significant impact on the team. Ray began his career as a ticket taker before moving onto a number of jobs with other minor league teams. He eventually returned to Little Rock as the Travelers business manager and later became general manager. In 1958 the Travelers moved to Shreveport following a season of poor attendance. Ray was determined to bring the Travelers back. He created a unique way of bringing baseball back to the state by offering $5 shares to the public. His idea worked. The newly formed Arkansas Travelers Baseball Club bought the New Orleans Pelicans, who of course became the Arkansas Travelers. Thanks to Ray, the Travelers have been playing ball in the state uninterrupted since 1960.

Bill Dickey began his baseball career in Arkansas. He played for Little Rock College and for a Hot Springs semi-pro team before signing with the Travelers in 1925. The New York Yankees called Dickey up in 1928 and he earned the starting catcher position in 1929 and held it until 1944, when he joined the Navy. After World War II, Dickey returned briefly to baseball before becoming a manager for the Yankees. He returned home to Little Rock to manage the Travelers in 1947 before returning to work for the Yankees as a manager and scout. He became a National Baseball Hall of Famer in 1954 and was inducted into the Arkansas Sports Hall of Fame in 1959. Bill Dickey also had a brother, George, who played six years for the Chicago White Sox. Dickey-Stephens park is named in part to honor the two baseball brothers from Little Rock.

Dickey-Stephens park opened in 2007, the third home of the Travelers. The park is not only a beautiful facility, it also contains a museum dedicated to the history and paraphernalia of the Arkansas Travelers. The Travelers are the Double-A affiliate of the Los Angeles Angels.

The Naturals moved from Wichita when owner Bob Rich, Jr. decided the quickly growing area had much to offer as the new home of his team. The Naturals narrowly missed being named the Thunder Chickens when the team ran a fan naming contest, but fortunately, the online voters chose the name Naturals to highlight the Natural State. If you’re at the games and you happen to see a seven foot Ozark Howler walking around, it’s only Strike, the Naturals’ mascot. The sasquatch became the mascot the same year the team arrived in Springdale and has been a fan favorite at the ballpark since.

The Naturals have definitely settled into Northwest Arkansas as a staple of summer entertainment. One of their most popular events is the Friday night fireworks show, presented every Friday of a home game series. That Naturals have also provided exciting play on the field. They’ve won the Texas League North Division three times and in 2010, the Nats won the Texas League Championship.

The Naturals are the Double-A Affiliate of the Kansas City Royals and the current team has many former Naturals stars on it, including third baseman Mike Moustakas and first baseman and MLB All-Star Eric Hosmer.

This season, the Naturals and the Travelers have upped the rivalry as they’ve vied for first and second place in the North division the second half of the season. The teams end their seasons playing each other in a three-game series that could decide who wins the North Division and a shot at going to the Championship Series.

You can find out more on the NWA Naturals website or follow @NWANaturals on Twitter for updates all year long. Find out more about the Travelers, Dickey-Stephens Park and how to obtain 2017 season tickets on the Arkansas Travelers website and Facebook page.

Photos courtesy of the NWA Naturals/Alan Jamison and the Arkansas Travelers and used with permission.