Top 10 Things to Do at a Razorback Game 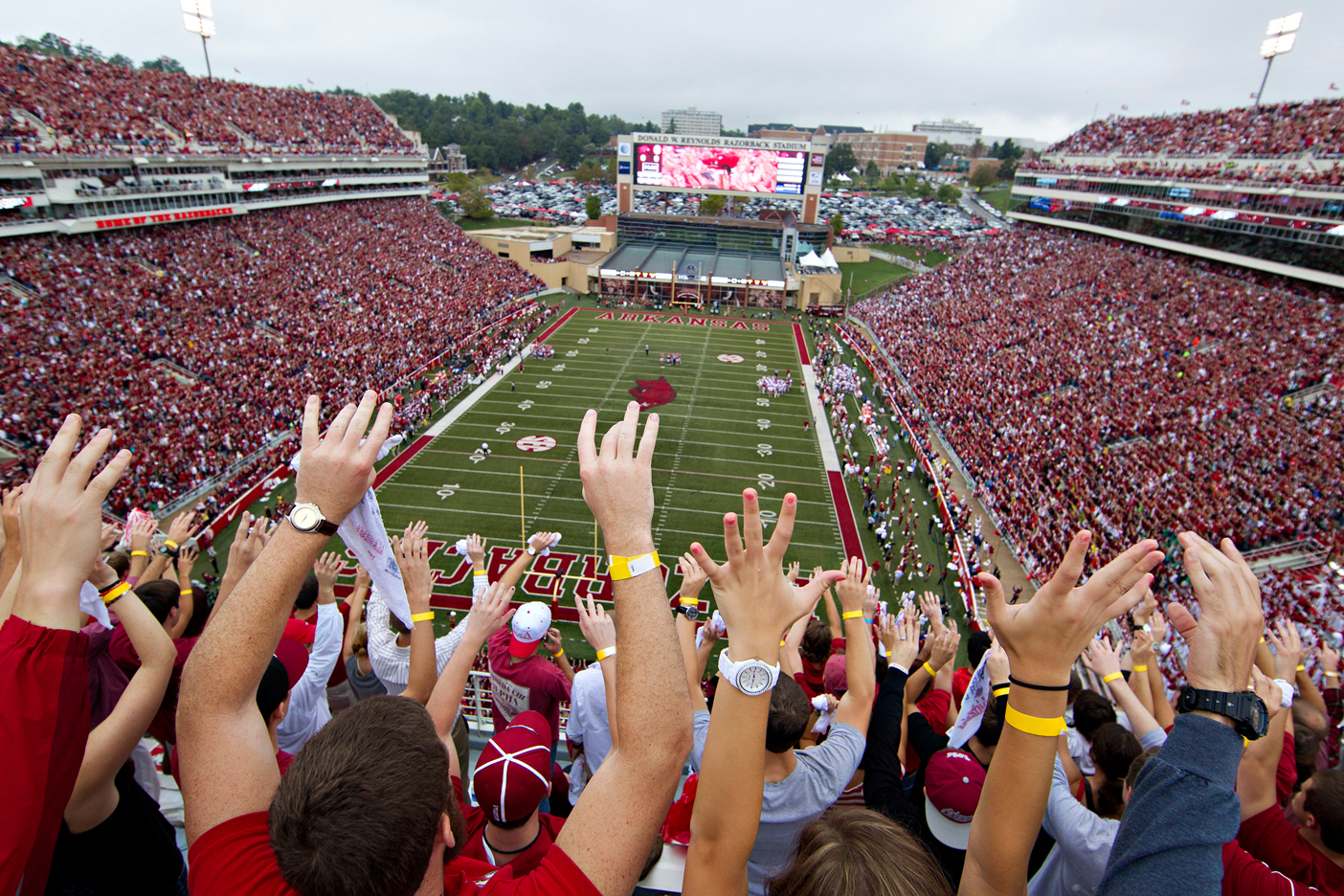 FAYETTEVILLE, AR - SEPTEMBER 15: Donald W. Reynolds Razorback Stadium, home of the Arkansas Razorbacks during a game against the Alabama Crimson Tide on September 15, 2012 in Fayetteville, Arkansas. The Crimson Tide defeated the Razorbacks 52-0. Photo by Wesley Hitt

In Arkansas, fall means one thing: Razorback football! While not everyone is a fan of having home games in both Fayetteville and Little Rock, we’re lucky that games are accessible to residents across the entire state. Whether you check out a Hog game at home in Northwest Arkansas or catch one at War Memorial in Little Rock, here are 10 things to do at a Razorback game.

What is your favorite thing to do at a Razorback Game? It’s such a unique experience that every Arkansan should go at least once.