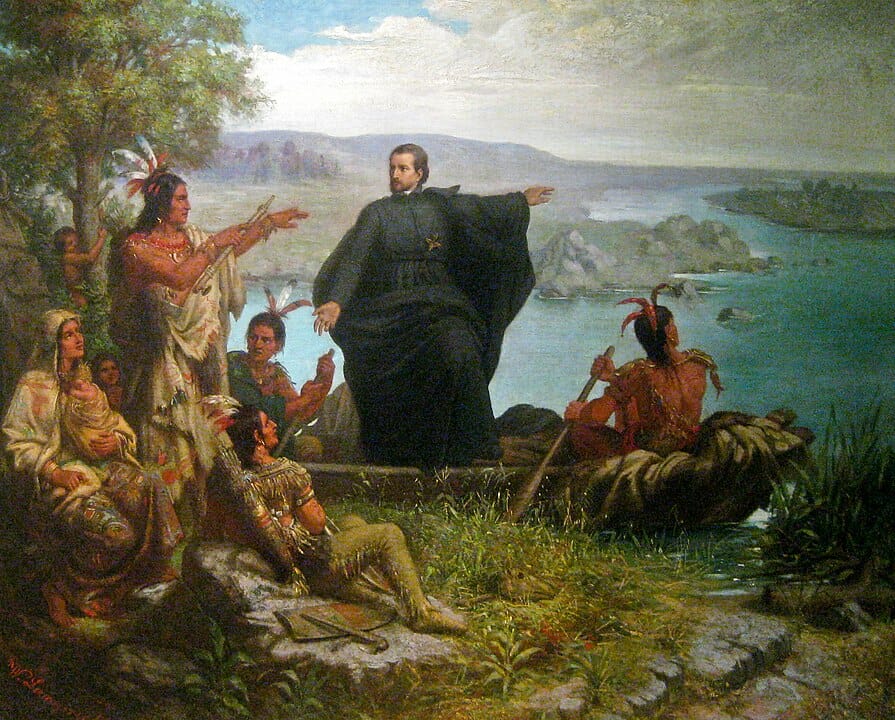 If you were to look at photos of any Arkansas town from 10 years ago, you would likely notice many changes that led to the present day. New homes and businesses create an ever-changing landscape, and if we were to look back 50 years, you might only find a few landmarks that remain. Go back 400 years to the time when early Arkansas explorers were navigating their way through the state, and the landscape is unrecognizable.

In 1541, Hernando de Soto and his crew became the first Europeans to cross the Mississippi River into what is now known as Arkansas. Sent by King Charles V to explore La Florida (the southeast corner of the US) de Soto and his men sought to explore the lands, establish settlements and return with gold and other treasures, mostly pilfered following interactions with the Native American tribes that they encountered. De Soto’s methods were harsh at best, and many Native Americans view him as a murderer (justifiably so) rather than a great explorer. Just short of a year later, with more than half of his crew deceased due to the perils of the expedition, de Soto fell ill and died. Fearful of retaliation at the hands of the Native Americans when they learned of de Soto’s death, his men sunk his body in the Mississippi River and retreated home.

While de Soto’s expedition was a failure fueled in part by his own cruelty, other explorers made their way through Arkansas with better motives. Some built more positive relationships with Native Americans, and many helped to map Arkansas’s beautiful and varied landscape while establishing settlements that became flourishing communities.

Pere Marquette and the Indians [at the Mississippi River], oil painting (1869) by Wilhelm Lamprecht (1838–1906), at Marquette University. Public Domain.

French settlers located in northern areas of the country dreamed of establishing an all-water route that led from the Great Lakes to the Gulf of Mexico. The Marquette-Joliet expedition helped make this dream a reality, and their mapping and explorations of the Mississippi River led to the establishment of many forts and colonies. Marquette and Joliet were likely the first Europeans to encounter the Arkansas Quapaw in well over 100 years. Although their initial meeting began with some reluctance, the Quapaw eventually offered a ceremonial pipe to the pair. Marquette and Joliet’s documentation of their interactions with the Arkansas Native Americans helped them to establish an alliance between the French and the Quapaw.

Known as the “Father of Arkansas,” de Tonti helped to establish Post aux Arkansas (Arkansas Post) as the first permanent establishment of European settlers in the Lower Mississippi River Valley. France’s Louis XIV had placed a moratorium on the beaver pelt trade when an overabundance of furs being sent to France had caused the prices to plummet. Additionally, the post was difficult to reach and thus failed economically. De Tonti only returned to Arkansas a few times, with the last being in the 1690s. By then, Arkansas Post had been all but deserted. It wasn’t until the 1700s that France was able to send settlers to increase the population of Arkansas Post.

La Salle, a former Jesuit priest, left the priesthood to join his brother as a fur trader throughout the Ohio and Mississippi River Valleys. His goal was to establish lucrative fur trading posts from the Great Lakes to the Gulf of Mexico. He eventually befriended Henri de Tonti, and the two established Arkansas Post. Though his role was critical due to a land grant he provided to de Tonti, La Salle is more well known for his effort to establish a friendly relationship with Native Americans in Arkansas. La Salle fostered a positive relationship between the Quapaw and France, which would continue to be beneficial to settlers for well over 100 years.

In 1718, La Harpe left France and began an expedition of the mid-South in areas now known as Texas, Oklahoma and Arkansas. La Harpe is believed to be the first French Explorer to enter Oklahoma and also created the first known map of the Galveston, Texas area. La Harpe’s travels down the Arkansas River eventually led him to note two distinct rock formations, which he named “le petit rocher,” (Little Rock) and “le rocher francais” (the French Rock). La Harpe had discovered Little Rock, the modern-day capital of Arkansas.

Commissioned by Thomas Jefferson, William Dunbar and Dr. George Hunter were sent to map and explore areas of Arkansas and Louisiana. Their expedition was meant to be scientific and was the most extensive collection of data throughout the Louisiana Purchase to date. Their reports hailed the abundant natural resources found throughout the region and detailed the positive relationships between the Quapaw and the French settlers. Dunbar and Hunter’s notes described “the hot springs” of Arkansas. As they traveled, they noted soil types, descriptions of flora and fauna and daily temperatures throughout the Red, Black and Ouachita River regions. Dunbar and Hunter’s account to Thomas Jefferson was included in his message to Congress in 1806. They were not the first to explore or document the region, but their mapping and journals provided a detailed description of the area that was unmatched.

Spending their time in northern Arkansas, Schoolcraft and Pettibone traveled along the White River from Missouri to the area now known as Batesville. The pair were inadequately prepared for their expedition, often lost what little supplies they had and found themselves lost on several occasions. Schoolcraft’s “Journal of a Tour into the Interior of Missouri and Arkansaw” was published in 1821 and is the first detailed documentation of the people, plants, animals and landscape found throughout the Ozarks.

Thomas Nuttall seemed destined to become a printer, but his love for botany and science led him to leave England for Philadelphia in the late 1800s. Although he lacked any formal training in botany, Nuttall connected with Benjamin Barton, the nation’s most famous botanist. Barton agreed to take Nuttall on as an apprentice and join him on collection trips that would be a catalyst for his later discoveries. Likely the first scientist to traverse Arkansas, Nuttall cataloged the flora of Arkansas and later published “Collections Towards a Flora of the Territory of Arkansas” and a journal of his travels. Nuttal is credited with being the first to recognize that “Arkansas” was likely a corruption of the Quapaw word “Oguahpa,” which should have more accurately been translated as Ozark.