Make Plans for 2023 Celebrations in Arkansas 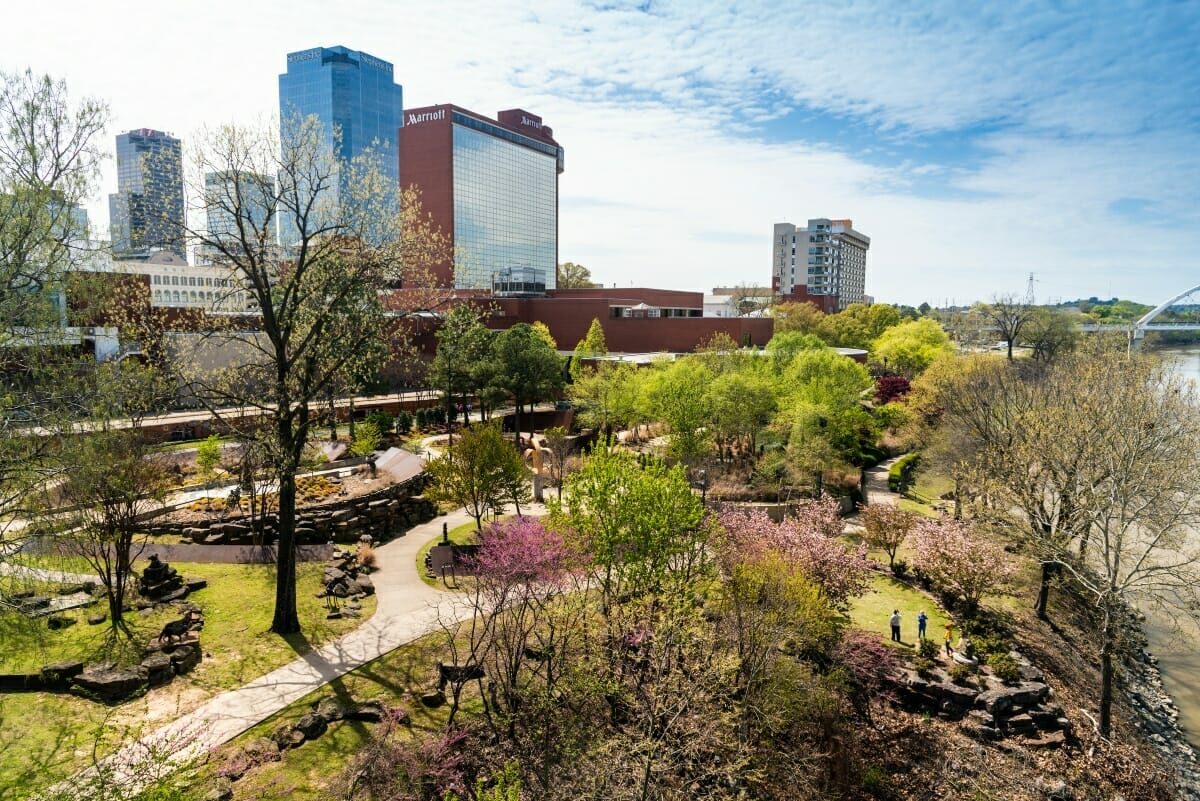 June 18, 1541 – The Spanish explorer Hernando de Soto crossed the Mississippi River and became the first European to reach Arkansas. For the next few centuries relatively few European explorers crossed into the area, but those who did interact with the Quapaw and Choctaws living in the future state.

1803 – The United States negotiated the Louisiana Purchase from the French, which included the territory of Arkansas. Arkansas Post was reestablished, but the territory existed as part of Louisiana and Missouri.

March 1819 – Arkansas became an official territory to the United States after Missouri allowed its southernmost counties and tribal lands to become part of Arkansas territory.

1828 – The last of several treaties with Native Americans shifted the Cherokee border north of Fort Smith and into Indian Territory, effectively ceding the last tribal lands in Arkansas to the territory.

Photo by Bureau of Printing and Engraving, National Postal Museum

June 15, 1836  – Arkansas was accepted as the 25th state in the Union. It joined together with Michigan, as the policy at the time was for a slave state and a free state to join together. Arkansas had just over 50,000 people at the time.

1838 – The Trail of Tears shifts tribes from the Southeast states of Georgia, Tennessee, North Carolina, Florida and Alabama to Indian Territory. Thousands of Native Americans crossed Arkansas on the trails, many dying of disease along the way.

1858 – The first railroad tracks were laid from West Memphis to Madison in St. Francis County. This became part of the Memphis & Little Rock Railroad, the first to function in the state. Many more railroads followed.

1861 – Arkansas seceded from the Union, becoming the ninth state to join the Confederate States of America.

1862 – Although Arkansas had other Civil War battles and skirmishes, the two largest took place this year. The Battle of Pea Ridge occurred in March, resulting in the loss of 3,384 soldiers. The Battle of Prairie Grove was fought in December, with the loss of another 2,568 soldiers.

1891 – The Separate Coach Law was passed, the first “Jim Crow” law in Arkansas. It demanded the segregation of Blacks and whites on trains. This law wasn’t repealed until 1973, although the Federal Interstate Commerce Commission decreed that segregation on interstate trains and buses would end in 1956, effectively voiding the law for much of train and bus travel across the state.

1915 — The Arkansas General Assembly passed the Newberry Act to ban the manufacture and sale of alcohol across Arkansas. This was followed in 1916 by a law that made it illegal to import alcohol into Arkansas. The state was several years ahead of the nation in prohibition. The 18th Amendment made prohibition a national law which was ratified in 1919 and took effect in 1920.

1927 – Much of Arkansas is devastated by the Great Flood of 1927, which placed much of Arkansas underwater in the spring and summer. It is still the costliest flood to hit the state. It prompted the Army Corps of Engineers to build locks and dams on Arkansas rivers and the creation of many large dams and lakes across the state.

1932 — Hattie Caraway is appointed as a senator to replace her deceased husband. Caraway ran in the next election and won the seat on her own, becoming the first woman elected to the United States Senate.

1942 — Two internment camps opened in the Arkansas Delta to hold 16,000 Japanese Americans who were incarcerated during World War II. The camps at Rower and Jerome held Japanese immigrants and Japanese Americans from the West Coast after they were forcibly removed from their homes and businesses. They included at least 2,000 children. The camps didn’t close until 1945.

1957 — Central High School was desegregated when nine Black students enrolled. Governor Orval Faubus used the Arkansas National Guard to block the students’ entry. President Dwight D. Eisenhower responded by sending federal troops to allow the students to attend the school. The crisis continued in 1958 when Little Rock schools were closed for the year while the fight over desegregation continued. A national historic site still commemorates this step in desegregation.

1962 – Sam Walton opened his first Walmart Discount City in Rogers, Arkansas. The company would go on to become the nation’s largest retailer by the 1990s and was declared the largest international company in 2002. Walmart is still ranked in the top 20 of international companies.

1964 – The University of Arkansas football team declared national champions after the team went 11-0 for the season and defeated Nebraska in the Cotton Bowl. 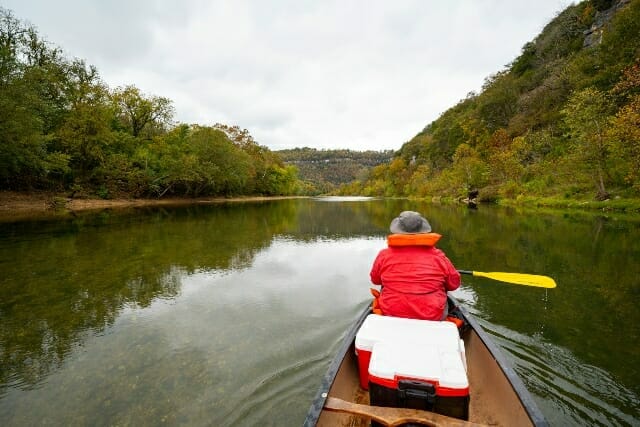 1972 – The Buffalo River is made the nation’s first National River, giving it protected status and placing it under the conservation of the National Park Service.

1992 – Former Arkansas governor Bill Clinton is elected the 42nd President of the United States. He served two terms as the nation’s president. Clinton is the only U.S. president from the state of Arkansas.

1994 – The University of Arkansas Men’s Basketball Team wins the national championship after defeating Duke to claim the NCAA Division I title.

2009 – After voters passed the creation of a state lottery in 2008, Governor Mike Beebe signs two bills into law. This also created the Arkansas Scholarship Lottery, which gives a portion of the lottery’s revenues to college students in Arkansas.

2012– Arkansas Republicans won the majority of seats in both the House and the Senate for the first time. The party has maintained the majority to the present time.

2017 – Arkansas reaches a population of over 3 million people for the first time.

March 11, 2020 – The first case of COVID-19 is recorded in Arkansas. The Covid-19 pandemic shifts the balance of work, education and health across the state.

Sometimes the impact of events isn’t seen until far into the future, but these events and more all marked milestones in Arkansas history.