Haunted Texarkana Will Send Chills up your Spine 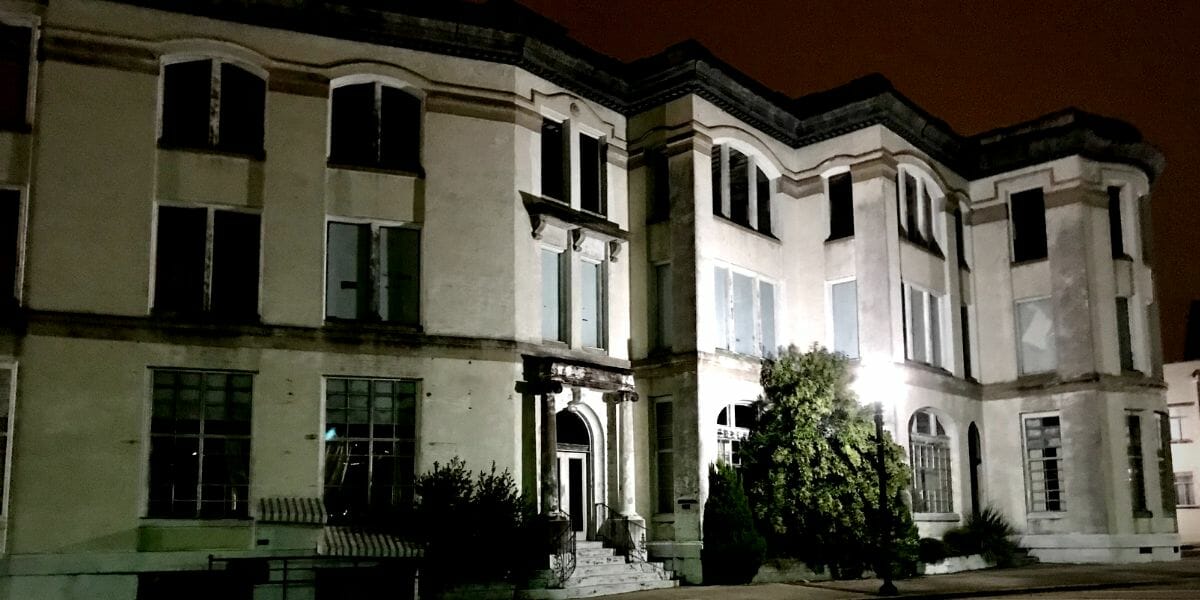 Ghosts, goblins, cobwebs and stories of lives past seem to squander their way to the top during October. No town is eerier at night than Texarkana. Lights along the buildings cast an ancient shadow. Even a cat pilfering through a trash can make you jump or at least send chill bumps up your spine.

We recently spooked ourselves silly searching down some stories in and around Haunted Texarkana.

Union Station seems like as good a place as any to start. This ornate building was built in 1928, and during the daytime, the shapely façade is picturesque, but at night with all the lights out and the sounds of the coming and going trains and the Bowie Co. Sherriff’s department in the background, the creeks seem to heighten. It’s probably because of the spirits who live inside. Railroad workers have offered reports over the years of a woman in a blue dress standing on the platform. Some believe the spirit of Ed Coy or Will Driver can be seen moving along Front Street as a headless man. Both were part of killings in the area – one in 1892 and the other in 1907.

It is hard to stand in front of Union Station and not turn around to see what remains of the McCartney Hotel across the street. While it closed nearly five decades ago, it is still a prominent part of the downtown skyline. Proximity and location to the railroad made this location very popular. The hotel was opened in 1929 and named for W.A. McCartney, SR, a prominent businessman who came to the area in 1874 at the age of four. The change in popularity of rail travel changed the fortune of the area, and the hotel closed in the 1970s. While the fire escape is a great selfie stop, watch out for an extra visitor in the background at night.

Most cemeteries seem to be a frightful place after dark; the knowledge of being surrounded by graves and the shadows cast from old and damaged headstones make for a shifty feeling and constant need to look over your shoulder. Rosehill Cemetery is no different.

Buried just inside the gates are the remains of those involved in the Paragon Saloon Tragedy. In 1882, a storm caused a building to collapse and started a consuming fire in the saloon. It is also home to the Otis Henry statue, representing a WWI veteran who died 35 days before the cease-fire. His mom was notified on Armistice Day. She had the statue erected in his honor as his gravestone. The cemetery was opened in 1874, one year after the city was founded. It is the internment spot for many of the founding citizens, as well as plantation owners from the area, stable owners, country doctors, city officials and veterans. It’s a timelined history of the city within a cemetery’s walls.

As the city grew with two rail lines coming together in one place, the need to establish multiuse community spaces and a home for municipalities became apparent. The auditorium opened in 1930 after a three-year construction period. The space included the city hall, fire station, jail and a 950-seat auditorium. Some of the more notable musicians to perform at the auditorium included Louis Armstrong, Elvis, the Browns, the Louvin Brothers, Dorthea and Lois Towles, Johnny Cash, Jerry Lee Lewis and Conway Twitty.

Mae West also spent many nights performing in the auditorium built along “Rock & Roll Highway 67” that served as part of Louisiana Hayride Circuit. Many stories are shared about Mae’s time in the theater. She is part of the looming feeling you get with a hand on your back or pinch on your shoulder as you leave the back dock. In 2014, the building went through an “investigation” for paranormal activity. Voices were recorded saying “tickets please” and “you are so cheap.” Additionally, the Old City Jail connected to the building is believed to be “dark” in more ways than one!

MONUMENT TO THE CONFEDERATE MOTHERS

Near the Federal Building and post office in Downtown Texarkana stands the Monument to the Confederate Mothers. As the story goes, The Officer depicted at the top was named Cecil. He was hired to protect Anabelle, who is carved below as a representation of “The Confederate Mother.” Over time, he fell in love with her, and she did not reciprocate. Out of pride, his love turned to resentment and years later the two never spoke. But, they are carved together here in stone to tell the story of the Confederate mothers. Some say if you climb to the top and look Cecil in the eyes and ask, “What are you doing?” You will hear the voice of his ghost respond, “NOTHING.”

Hotel Grim was built in 1924 and later abandoned in the 70s as were many buildings along the railroad front. During its peak years, it was considered by many as the “Crown Jewel” of Texarkana. The lobby was made of stone walls and marble flooring. The second level mezzanine was complete with a barber shop, beauty salon, coffee shop and mall-type area. The top floor was a garden room that could easily convert to a ballroom. It was the site of many parties during the 30s including large jazz bands and an occasional illegal card game. Even Bonnie, of the famed duo Bonnie and Clyde, enjoyed a sandwich at the counter of the café in the lobby.

While the hotel is currently closed and under some construction, previous visitors reported having their hair pulled or being pinched. Some para seekers have done investigations inside and captured sounds of an opera singer. The outline of the sign alone will draw you in and make you want to see more. While you are looking at the sign when the sun is golden and closer to rising or setting, you can see the silhouette of a woman in one of the top windows. She stands there, she doesn’t have a name, but she faces the street without a face.

The hotel is currently privately owned and in phased stages of redevelopment for a commercial space on the first floor and efficiency apartments that will fill the original eight-story and 200 room hotel.

Other places to explore, or steer clear of, depending on where you stand:

Haunted tours are offered at varied times throughout the year. Sometimes a special tour (or two) show up during October. This year, a special “after dark” walking tour is being offered by the Texarkana Museums System through the PJ Ahren’s Home and the Ace of Clubs House October 20. The Texarkana Driving Tour is always available, and you can start your journey with a map and audio tour guide at the Texarkana Chamber of Commerce on State Line Avenue. 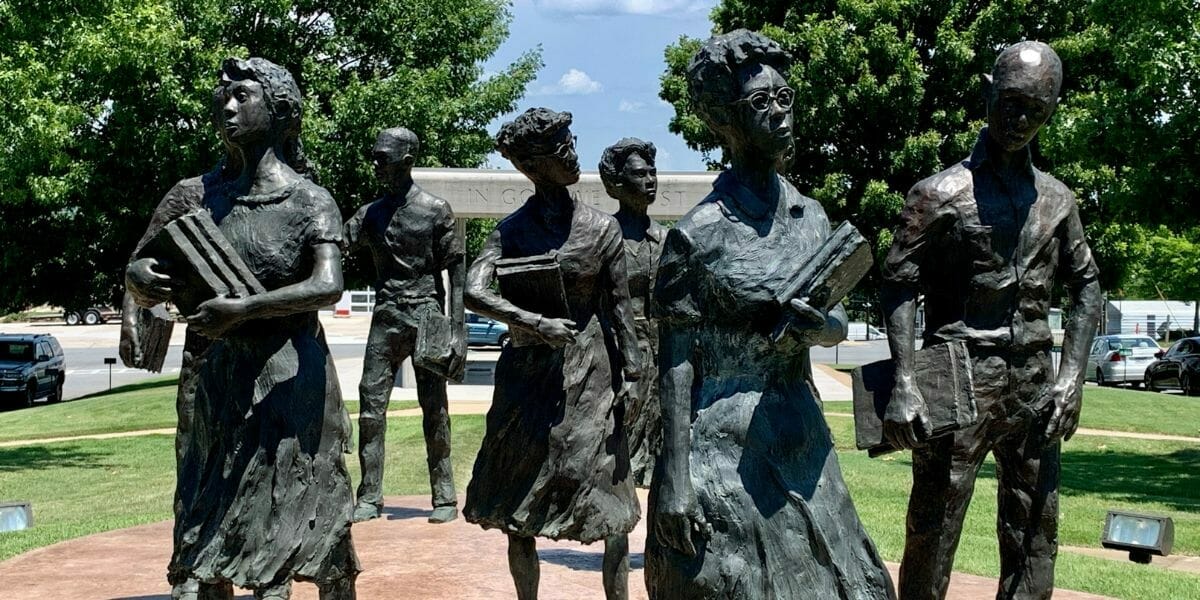 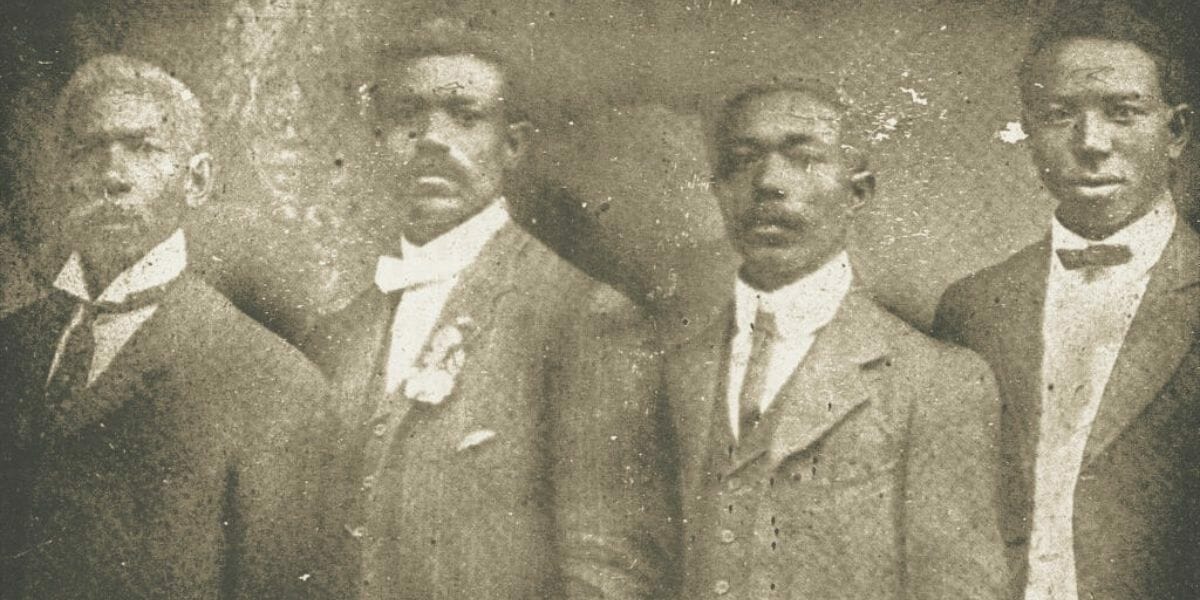 3 responses to “Haunted Texarkana Will Send Chills up your Spine”