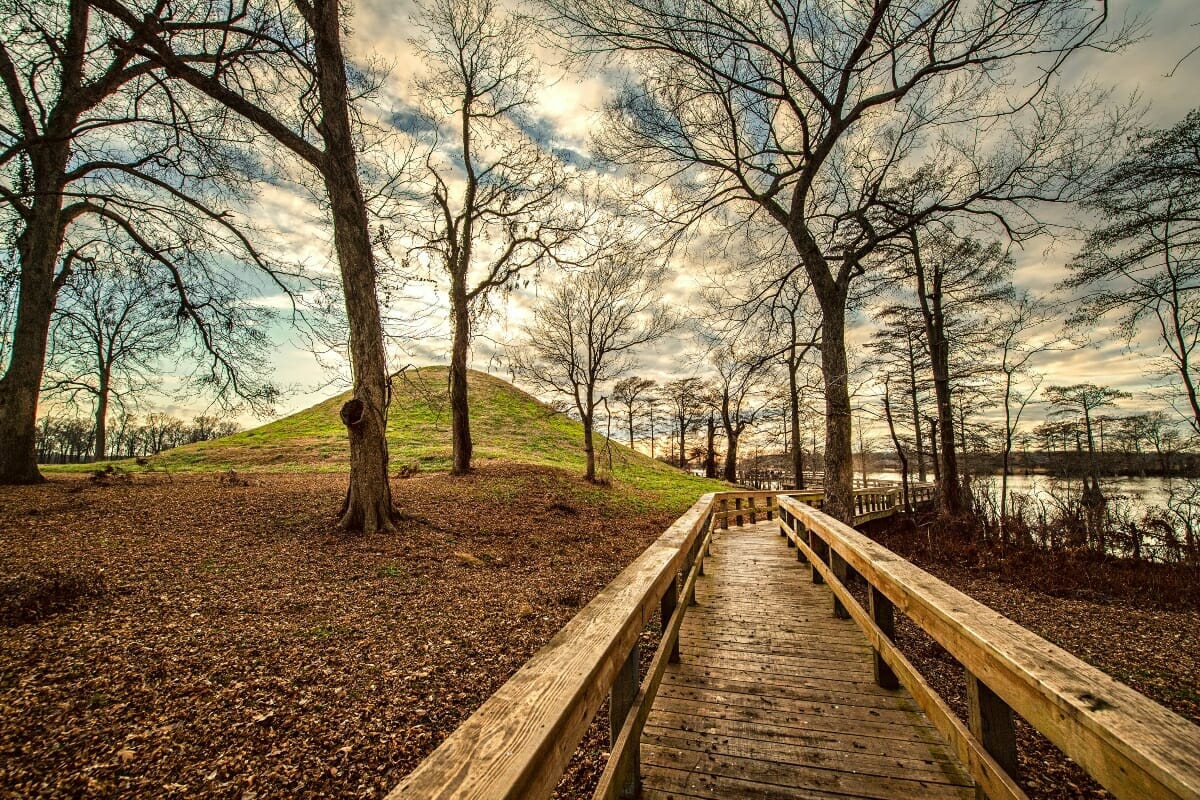 If you’ve lived in Arkansas for any length of time, you’ve likely heard a few Arkansas ghost stories. Perhaps you’ve visited the famous and rumored-to-be-haunted Crescent Hotel in Eureka Springs. Maybe you’ve stopped to admire the clock at the Desha County Courthouse and heard the story of why it never runs properly. And if you’ve spent time in South Arkansas, you might have made the trek into the woods to find the Gurdon Light. These are all famous Arkansas ghost stories worth retelling, but did you know Arkansas has more haunted places? It turns out, Arkansas is, indeed, a haunted state.

The Allen House in Monticello is named for its original owner, Joe Lee Allen. The house was built in 1905 and was the home of the Allen family for many years. Although Joe died in 1917, his wife Caddye stayed in the home with the three Allen children: Ladell, Lonnie Lee and Louis. Ladell committed suicide in one of the bedrooms by drinking potassium cyanide. Her motivation to commit suicide was unexplained for years. Her mother, Caddye Allen, kept the room completely closed off from the rest of the house. After Caddye’s death in 1954, the property was split into rental apartments. Renters began reporting footsteps and moans from the bedroom where Ladell died.

In 1985, new owners bought the house and opened the bedroom. It still contained the bottle of cyanide in a closet. The house changed owners twice. Mark and Rebecca Spencer purchased the Allen House in 2007 and had a complete paranormal investigation done in 2008. The investigators recorded over 40 voice phenomena and had their own paranormal experiences during the investigation. On Aug. 22, 2009, Ladell’s love letters were discovered in the attic floor. Over 90 letters detail her 1948 love affair, which ended with her suicide on Christmas night.

After personally experiencing paranormal phenomena within the house and discovering Ladell’s love letters, owner Mark Spencer wrote the book, “A Haunted Love Story.” The Allen House can be booked for tours any time of the year, but on Oct. 30 and 31, it is open to the public from 6 p.m. to 11 p.m for tours. Paranormal experiences may occur, but, of course, they’re not guaranteed.

The King Opera House in Van Buren was built in the late 19th century, but its fame doesn’t come from the shows it has hosted, or even its beautiful restoration. Instead, the opera house is noted for its connection to a murder, and the rumors that it is haunted by the murdered actor.

Actor Charles Tolson was the owner of the Tolson Stock Company, a traveling acting troupe. In September 1903, the troupe had just finished a week of performances at the King Opera House in Van Buren. The troupe was headed out of town that day and assembled at the train station for an early train to Fort Smith. When Tolson went to the ticket window to purchase tickets, someone called out his name. Dr. William Parchman, a well-known local doctor, emerged from inside the depot and shot Tolson with his .44 revolver. Tolson was shot in the hip and the chest, although the second shot may have hit Tolson’s watch inside his jacket. Tolson was taken by train to a Fort Smith hospital where he died from his injuries.

Dr. Parchman notified the sheriff of his actions and paid a $1,000 bail after being charged with shooting with intent to kill. The reasons for his actions are a little blurry. Parchman believed his 17-year-old daughter was in love with Tolson and running away with him, even though Tolson was married and his wife was a member of the acting troupe. Tolson knew both Dr. Parchman and his daughter, Allye, but there is no proof that he had any intention of eloping with the girl. Parchman was acting on information given to him by a vinegar salesman who may have had an interest in Allye.

Parchman was found not guilty of the murder, despite multiple witnesses. Notably, both Allye and the vinegar salesman left town and were not present for the trial. It’s said that Tolson’s ghost now haunts the King Opera House, the location of his last performance. The opera house is available for rent, but not currently open to the public on a daily basis.

Toltec Mounds is certainly a famous historical site in Arkansas. The site, located near Scott, Arkansas, was once the home of a group of people referred to as the Plum Bayou Culture by archeologists and historians. Their existence in the area is a bit of a mystery. They were not related to the Toltec tribes from Mexico, despite the site’s name. The Plum Bayou Culture also cannot be traced to any other group of people living in the area when the tribe was active.

Eighteen mounds have been identified in the area, all built between 650 and 1050 AD. One mound stands 49 feet high. Another is close, at 39 feet, and many smaller mounds surround it. Despite their appearances, only one of the mounds is a burial mound. Instead, the site was used ceremonially, with the Plum Bayou farming and living on the land nearby. Several mounds align with sunrise and sunset on the equinoxes and solstices.

As for haunted activity around the site, if an entire culture disappearing without a trace isn’t creepy enough, visitors to the site have reported the appearance of lights or orbs near the mounds, seeing ghosts, or hearing footsteps around the site at night. Toltec Mounds State Archeological Park is open daily for visitors with tours available.

Whether you’re a believer in paranormal activity, can tell your own ghost story, or just enjoy history, these Arkansas places and their ghost stories are fun to visit this time of year.

Photos courtesy of the Arkansas Department of Parks, Heritage, and Tourism.