Touched by a Ghost: A Spine-Tingling True Story of the Crescent Hotel 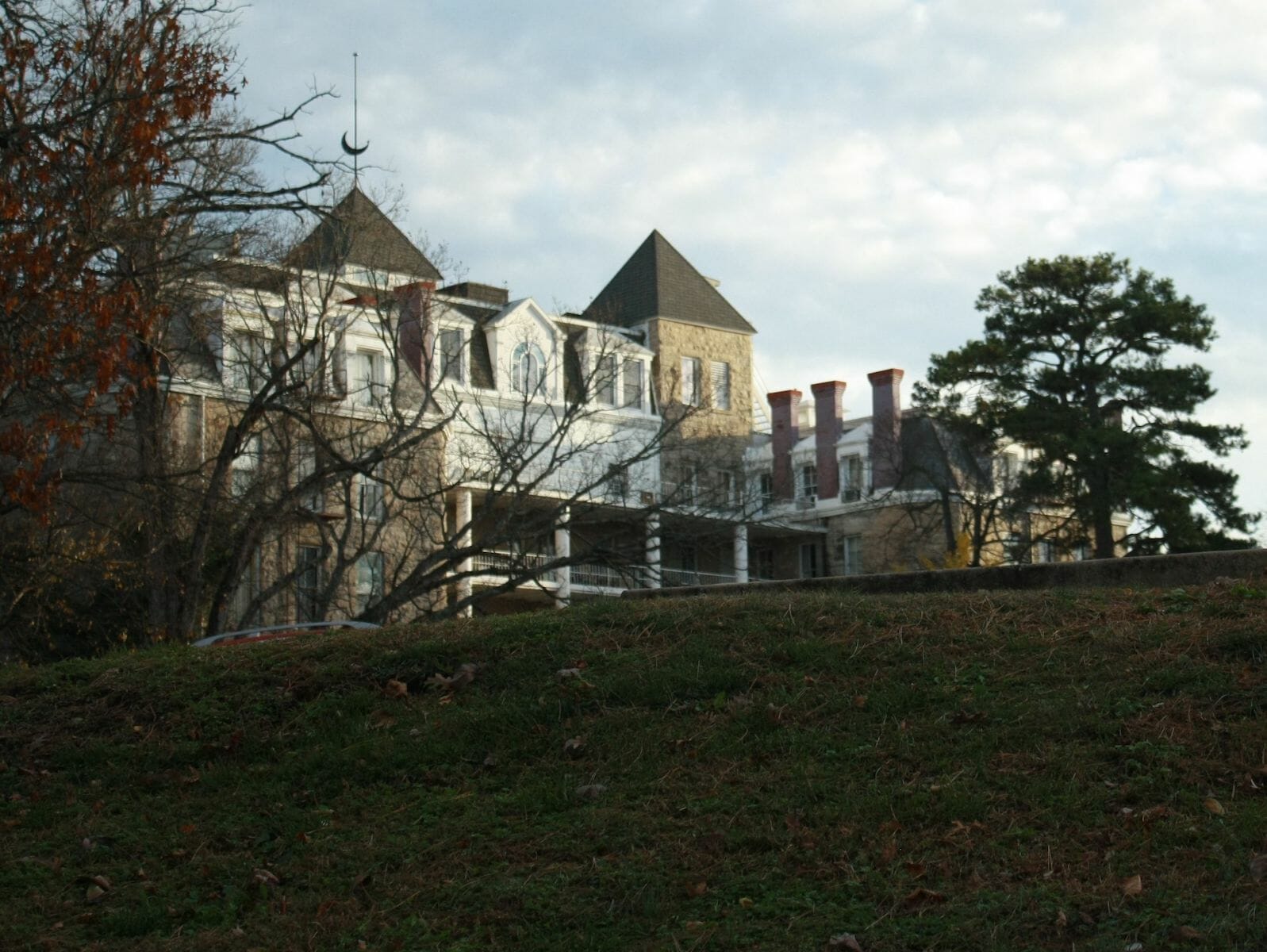 I never want to go there again,” Summerlynn Scalf begins her telling of the night she stayed at the Crescent Hotel in 2004. “It was awful. Awful.”

It had been Summerlynn’s idea to stay at the Crescent Hotel for Valentine’s Day with her then-husband Carl and their friends Alice and Ted; Alice hadn’t wanted to go, nervous at the prospect of staying in a haunted hotel. “Alice was freaking out. She was like, ‘It’s haunted,’ I was like, ‘No, it’s not. Ghosts aren’t real,’” Summerlynn insisted until Alice and Ted agreed to go. Yet it had been Summerlynn who felt affected by the atmosphere at the hotel, dizzy and nauseated ever since she entered the building. She chalked it up to her pregnancy. It was a rational conclusion. But Summerlynn hadn’t experienced any nausea prior to this.

“I was like, ‘Why am I so sick?’ It was weird because I would walk in that building and get so nauseated.”

Her nausea increased as they began the ghost tour. When the tour arrived at room 218, the room known as Michael’s Room, she became lightheaded to the point of passing out. “I felt really funny. I remember the tour guide going, ‘is she okay?’ And my husband at the time was like, ‘yeah, she’s just pregnant.’ And the tour guide said, ‘well, you’re more sensitive to it when you’re pregnant.’”

Sensitive, that is, to the presence of one of the Crescent Hotel’s regular ghosts—although Summerlynn was skeptical about ghosts. Room 218 is the location from which Michael, an Irish stonemason, fell to his death during the hotel’s construction. His ghost, lingering near where he died, is known to touch, tap and otherwise affect female visitors in particular.

After the tour, Summerlynn, her husband and her friends left the hotel to grab a meal in downtown Eureka Springs. Once she left the hotel, Summerlynn felt fine again. Her nausea vanished. When she returned to the hotel, so did her nausea. She felt so bad that the group canceled their plans that evening in order to stay in and let her rest.

Rest was elusive. The two couples were sharing a room that had beds across from each other. As Summerlynn lay in bed dozing off and on, she noticed Ted walking back and forth to the bathroom frequently. She sleepily wondered what he was doing but thought he was feeling a little sick.

She had fallen asleep again when, a little while later, she felt someone grab her toes. She jerked awake. It was Ted trying to scare her, she thought. She couldn’t see him nearby, though. She looked around, searching the dark room, straining her eyes to try to see him. She began to drift back to sleep.

Suddenly a man cleared his throat next to her head.

It was so close, his mouth had to have been just a few inches from her ear.

It was the opposite side from where her husband was sleeping. Ted was in bed across the room. No one else was there.

The rest of the night passed painfully slowly for Summerlynn. After hearing a man’s disembodied voice right next to her ear, Summerlynn only heard her heart pounding nervously. When the rest of the room’s inhabitants awoke early in the morning, Summerlynn asked Ted about his nighttime perambulating. She knew she had seen him walking around and to the bathroom, so she thought it had been him to somehow tweak her toes and clear his throat near her ear and quickly, stealthily retreat to his bed.

Instead, Ted looked at her strangely and said, “I never went to the bathroom.” He had never left his bed.

The implication of a strange man, an apparition, walking around their room all night and touching her slammed into Summerlynn.

“We’re leaving,” she announced. They checked out early around 8 a.m., well before usual checkout time and without lingering for breakfast or any other reason. They left the Crescent Hotel, but the haunting experience of 15 years ago has never left Summerlynn.

Summerlynn’s experience is not out of the ordinary for the hotel, where unexplained phenomena abound for visitors in all parts of the hotel and at all times of day; Director of Marketing Bill Ott said her story is not surprising but stresses that the haunting activity at the Crescent Hotel has never been malevolent, only mischievous at worst. In fact, he shares, ghosts are known to haunt for two main reasons: because they have unfinished business or because it’s a location they enjoyed in life. “I’ve always said we’ve made people happy since 1886, so of course they’re going to come back and enjoy more time at the Crescent Hotel.”

3 responses to “Touched by a Ghost: A Spine-Tingling True Story of the Crescent Hotel”