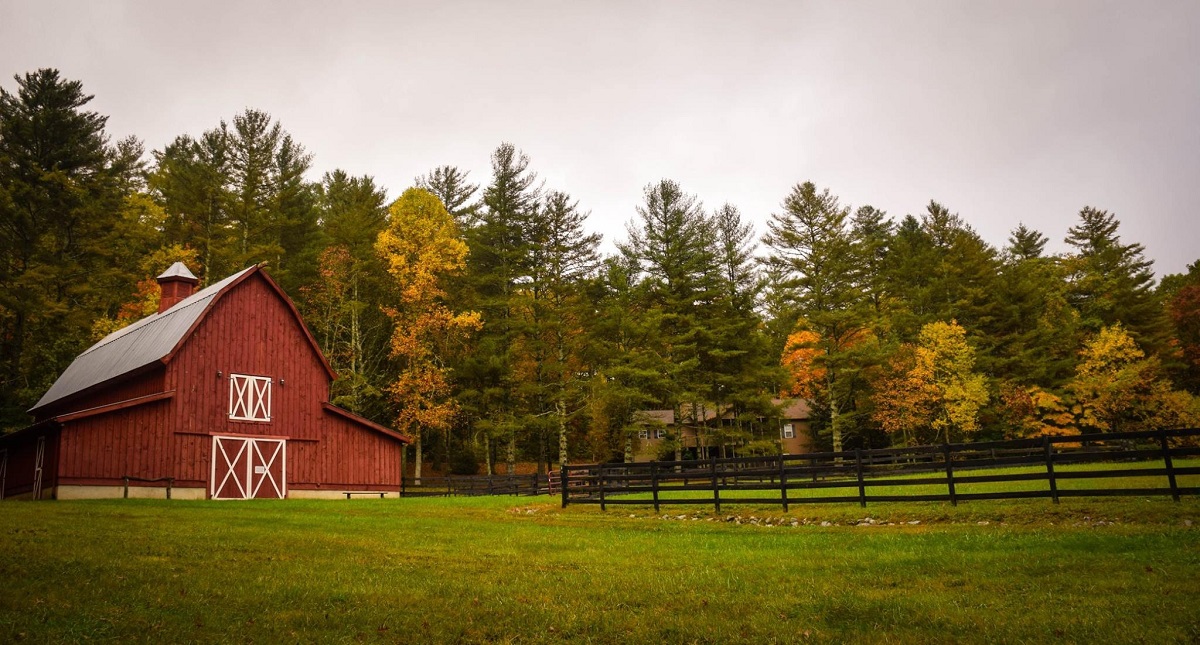 As I’ve lived in different parts of the country, I’ve gotten some alarmed looks when using phrases like “if I was any better I’d be twins” and “he’s all hat and no cattle.” When I muttered “well I’ll be” the non-southern response was, “You’ll be what?” And while describing yourself as “full as a tick” after dinner is perfectly acceptable in most southern society, you will no doubt draw some concerned looks once you venture north of the Mason-Dixon Line. Today we’ll explore more Arkansas sayings and colorful words, ranging from mythical frog hair to nervous cats.

A distinctly southern expression that originated in the 1800s, this saying basically means, “Hon, that idea/excuse is wrong.” This describes someone using logic as faulty and useless as an elderly hunting dog who can’t do his job anymore.

In Arkansas, this is the perfect southern catchall saying and a close cousin to “well I declare.” It could mean “I can’t take it anymore” as you stomp out of work at the end of a rough day. It could mean “someone come baby-sit my kid and give me a break” when you discover Junior drew a mural on the living room wall in permanent markers. It could mean “that’s an incredible story and I’m so glad I heard it” when you’re sitting in church.

Perhaps my favorite of all my father’s southern terms, britches refers to pants. Stemming from the word “breeches” used in the British colonies, it became our current “britches” as frontiersmen explored the Appalachian Mountains and down into the south. My father uses the word “britches” to describe jeans, khakis, cargo pants, and once even in reference to the tights I was wearing to church. This word also ties in with the phrase “he’s getting too big for his britches” in reference to a person who perhaps thinks a bit too highly of himself.

4. They Could Eat Corn Through a Picket Fence

This is a rude “saying” about another person’s unfortunate dental state. It could also prompt the following “quit being ugly” response. Don’t say it, don’t think it, but you could perhaps take a moment to admire the creativity of whoever originated it.

This doesn’t reference someone’s appearance; it addresses their actions. It usually means someone is being troublesome, rude, or moody. If someone from Arkansas tells you to “quit being ugly” there’s no need to check your appearance in the mirror, just be a little nicer.

Too full, too tired, too hot, too bored, or too confused; this saying means you are finished. Like most things southern (social and otherwise), this phrase revolves around food. Just as one might test a roasting chicken with a fork, or poke a cake to see if it has risen properly, this saying means “to be finished or complete a task” and more than likely, it indicates an exhausted or overfed Arkansan.

An idiom that can be traced back to England and in reference to the old practice of tying on a straitjacket, this expression flourished in the south where folks were looking for a more colorful way to express their displeasure at a certain person or situation. In other words, if someone says they are “fit to be tied” it’s smart to stand at a distance because they’re plenty mad.

This refers to a woman putting on makeup. I’ve also heard fellow Arkansans say, “If the barn needs painting, paint it!” While I appreciate the humor in this phrase, I’m also of the mind that perhaps referring to a woman’s face as a barn isn’t necessarily the most respectful choice. Personally, I don’t see one thing wrong with an unpainted barn.

A southern derivation of “I’d rather,” and it means just that. When someone at work says “if I had my druthers I’d be fishing” you know they have stated in the most Arkansas way that they are heading to the lake very soon.

10. As Nervous as a Cat in a Room Full of Rocking Chairs

Leave it to an Arkansan to come up with a colorful way to say, “I’m stressed.” This is a saying that defines being overwhelmed and trying to keep your metaphorical “tail” from being squished. This expression is a more elaborate form of “nervous as a cat.”

When an Arkansan is dismayed, disgruntled, or angry, they might mutter, “Dadgummit!” This is basically a socially acceptable way of alluding to a very socially unacceptable Bible belt curse word. It starts with God … and I’ll let you draw your own conclusions. Interestingly enough, some claim that this word was invented by Hollywood writers for Grandpa Amos McCoy in “The Real McCoys.” What began as a stereotyping writer’s trope, ended with a full embrace from southern folks. Use this term, and your Arkansas grandma is likely to threaten “washing your mouth out with soap.”

I realize that saying this puts me at risk of losing some of my southern credibility, but I have never understood it. I’ve heard it my entire life, and it never made sense to me, but alas, many Arkansans love it. A term that originated in the south during the 19th century, it’s full of irony (there is no such thing as a frog’s hair), but in a nutshell, it means “feeling great.”

13. Barking Up the Wrong Tree

You’ve misunderstood. You’re totally wrong. You need to stop doing what you are doing. These are the average vanilla flavored sentences others might use to address someone’s actions, but as with most things, Arkansans like to spice up our discourse. This “saying” is an idiomatic expression linked to hunting dogs. If a dog “barked up the wrong tree” they were mistaken and weren’t pursuing their prey properly. If you’re “barking up the wrong tree” it could mean you’re headed for a family argument at the Sunday dinner table.

This phrased is rooted in a French word from the early 1800s. The word “cater” (which meant diagonal) combined with the English “corner” and over the years became the common southern expression “catty-cornered.” It means something on the opposite side of a street or a room.

This is the Queen Mother of southern expressions and Arkansas dialogue, the plural of “you all.” Scholars have differing opinions on its origin. Micheal B. Montgomery suggests that the word is rooted in the vernacular of Scots-Irish immigrants and their phrase “ye aw.” John M. Lipski argued that the phrase y’all entered into common southern vernacular through the language of African-English Creole. Other scholars believe the truth lies in between both theories, that Scots-Irish immigrants brought the phrase “ye aw” with them, and it blended with African-English dialect to create the distinctly southern “y’all.” However it came about, it is the hallmark of a true southerner.