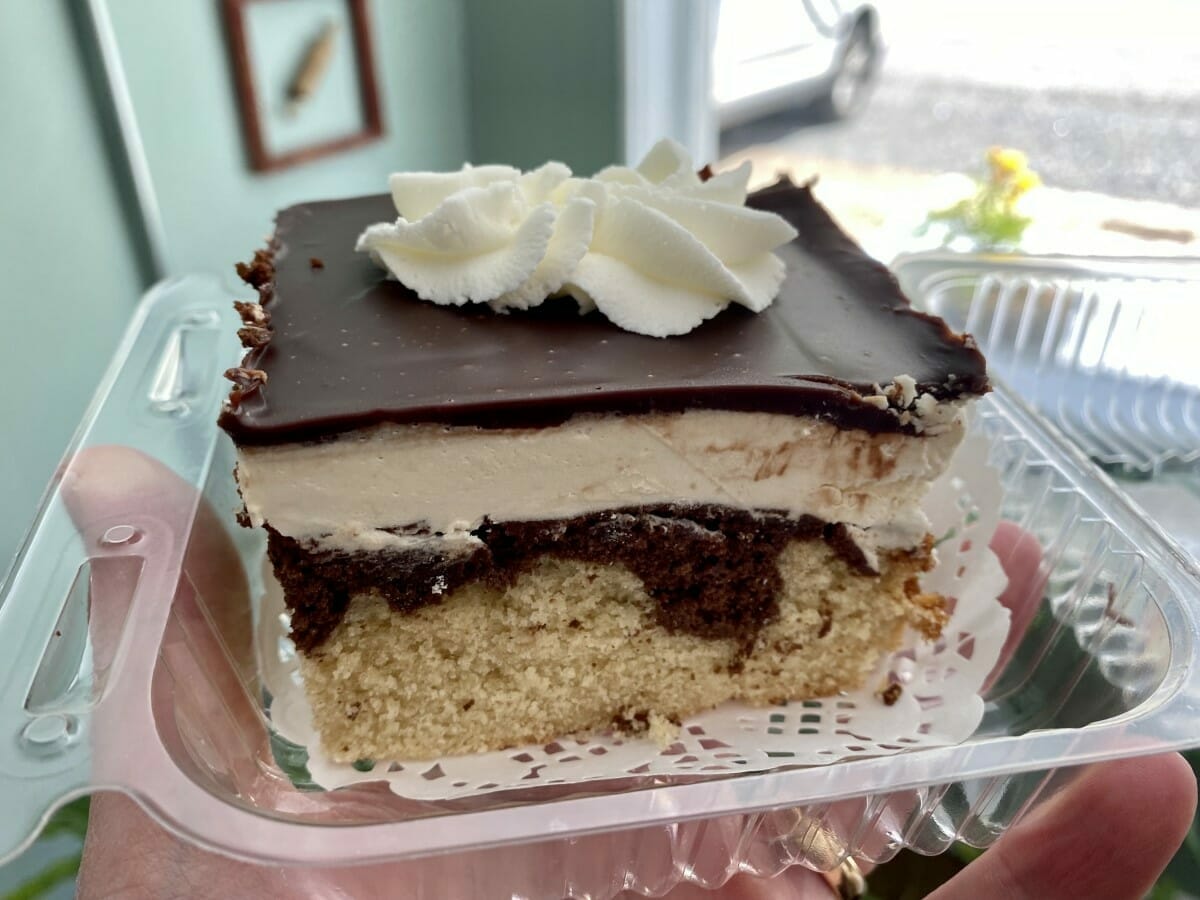 But here’s the thing, until recently, I never had an excuse to satiate my confection cravings in Arkadelphia. Then a reader told me about Ludwig’s Bakery, a tiny shop specializing in German baked goods which is owned and operated by Lorraine Mcswain.

Mcswain opened her store in March 2020, just one week before the entire country was shutting down due to the pandemic. And while the timing was unfortunate, to put it mildly, she persevered.

“I was very concerned that I had made the wrong decision. We, I say we because my family members have been a huge help, had a very strong opening and huge support from the community, which I greatly appreciated,” says Mcswain. She continues, “The fact that we didn’t have dine-in seating made it a little easier on us since we weren’t having to shut down part of our business. We were a carryout business from the start, so that helped. We implemented curbside pick-up and additional sanitation procedures to help keep our customers, as well as ourselves, healthy. We learned a lot and did everything in our power to make sure everyone that walked through the door was kept safe.”

Sadly, I arrived too late on a Friday morning to partake in the cinnamon rolls. However, I did snag a hunk of Donnawellen Kuchen, a chocolate and vanilla cake swirled with cherries and topped with buttercream and chocolate ganache that by itself made the drive from Little Rock worth it. The Amerikaner, a vanilla-only cookie that will remind you of the popular Black & White cookies–both in taste and texture–proved to be just as delightful.

But the fun didn’t stop with the Donnawellen Kuchen and Amerikaner. The Thanksgiving Muffin, another one of Mcswain’s brilliant concoctions, really wowed me.

“The Thanksgiving Muffin was something I developed for the holiday last year. They have been so popular that I now serve them all year long. The muffins have some pumpkin, warming spices, craisins, and cinnamon chips baked into them. I add some sugar crystals on top for a little more texture. The result is just pure deliciousness that reminds me of fall and the holidays. We also always use the best quality ingredients with no artificial additives or preservatives. We do things the old-fashioned way, from scratch with real things like butter and cream, the way my grandfather would. I think you can taste the difference,” says Mcswain.

Ludwig’s Bakery is currently open Wednesday through Saturday only, but Mcswain says there are plans to extend the hours as well as the business. “It is a matter of growing the business a little more so I can afford to take on more staff. Currently, I and one or two others do all the baking and Sunday is really the only day I take off. We are a small operation and Monday is dedicated to grocery runs, payroll, and other administrative duties. On Tuesday, we are also closed to the public but two of us are here baking and getting ready to open for the week. However, the plan is to eventually expand to a German bakery with a German market. First, I want to expand the bakery operation and get more staff hired and trained so we can add another day and possibly later hours as well,” says Mcswain.

Overall, she says the Arkadelphia community has been so supportive of Ludwig’s Bakery.

“The community has been very welcoming and seems to truly appreciate what we do! It makes it all worth it and I am forever grateful to them. We have developed some amazing new relationships and I will always strive to serve Arkadelphia and the surrounding areas to the best of my ability,” says Mcswain.

By the taste of things, I’d say she’s doing a fantastic job.

The name of the bakery is Lorraine Mcswain’s maiden name, and she chose the name because of her grandfather on her dad’s side. He and his wife immigrated from Germany and opened the first Ludwig’s Bakery in the early 1920s in Estelline, South Dakota. Mcswain still has some of the tools and cookbooks that he used in his bakery from back in the day.

3 responses to “Ludwig’s Bakery in Arkadelphia”