Footsteps of History on the Old Military Road 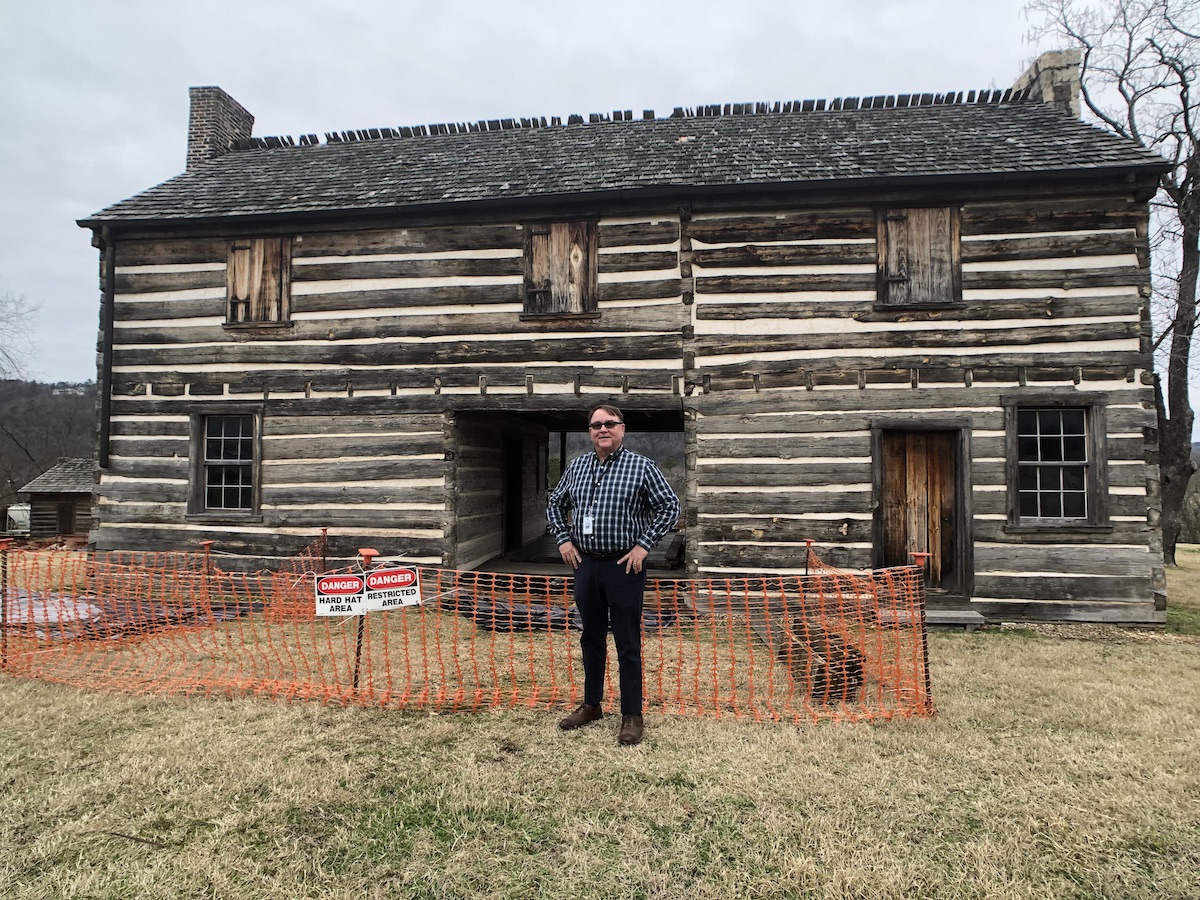 Improvements are being made to the site of the oldest public structure in Arkansas, the Jacob Wolf House and Territorial Courthouse. Located in Norfork, where it was constructed on-site in 1829, the house draws thousands of visitors each year and will soon offer greater services to the public.

What is known now as the Jacob Wolf House was actually the first territorial courthouse to Izard County, a bustling center of trade due to its location on the White River, an important route of transportation in the 1800s. The log structure was constructed by Jacob Wolf, a man of many skills and a range of employment — he was a landowner, leader and politician in the region, operated a ferry, served as postmaster and worked as a blacksmith and carpenter — and later served as his private residence.

The Jacob Wolf House Historic Site has changed hands several times before ultimately being acquired by the Arkansas Historic Preservation Program, an agency of the Arkansas Department of Heritage, in March 2017. The newly appointed and first-ever site manager Marlon Mowdy has an MA in Heritage Studies from Arkansas State University and has spent over 22 years happily managing properties and directing education programs for Arkansas State Parks and Arkansas Game and Fish. He is thrilled with his new position and mission: “We have a unique opportunity to protect, preserve and promote one of the state’s richest cultural and historical sites.”

In addition to being the oldest public structure in Arkansas, the Jacob Wolf House is also notable for being the only surviving two-story dogtrot public structure in the United States and is recognized by the National Park Service as such. It is a significant piece of architectural and cultural history. In recent years, the site has had around 3500 visitors annually and an additional 1500 during Norfork’s Pioneer Days festival. Mowdy expects the site developments will increase the number of visitors as well as improve visitors’ experience.

January 7, Jones Consulting, Inc., based in Hot Springs, began renovating a support facility on the grounds for use as a temporary visitor center. Restoration work will be done to the Jacob Wolf House and the John Wolf Cabin. This work is expected to be completed by the end of May, in time for Pioneer Days. Plans for the next five years include increasing security lighting, lining the property with a period-specific split rail fence, building a new visitor center with additional office space and ADA compliant restrooms, building a new parking lot and walkways, improving the boardwalk that overlooks the river, and adding scheduled guided tours and more programs.

These upgrades and renovations are intended to provide better service and access to the public, and Mowdy states that this is only the beginning: “A lot of good things are on the horizon, and more is to come.” Visitors need not wait until renovations are complete — stop by Monday through Friday from 8:30 a.m.-4:30 p.m. to receive a limited tour from the passionate and knowledgeable Mowdy. Stay abreast of developments on the Jacob Wolf House Facebook page and attend Pioneer Days in May to explore a frontier camp and see a living tour of the renovated Jacob Wolf House.

0
0
Rand Brewer: Racing to be a Pilot
Adria English

In Sebastian County, the Children’s Shelter addresses some of the most...