Photo of the Week | Fall Color at Piney Creek 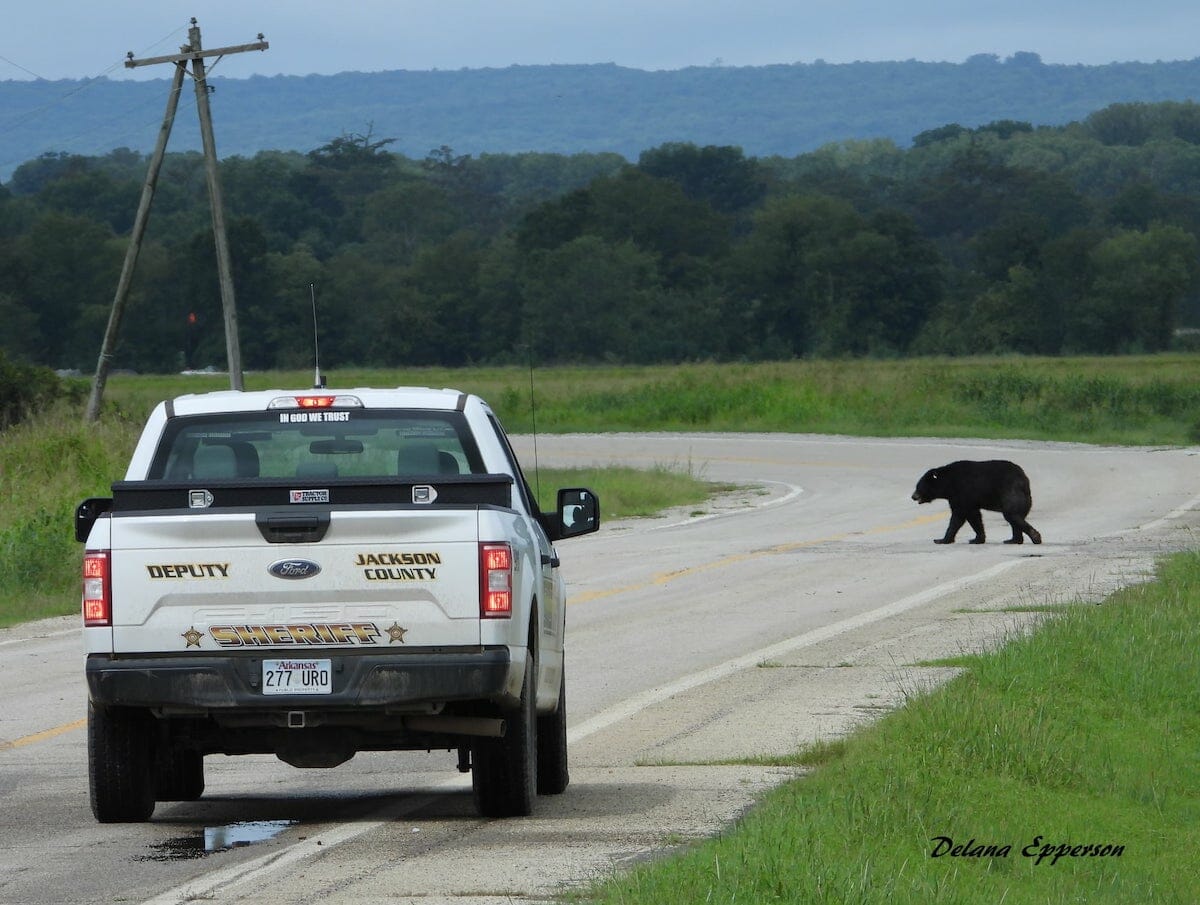 Bruno is a bear on a mission.

This summer, Bruno, who picked up the name somewhere along his journey, captured the attention and hearts of people from Wisconsin to Arkansas and around the world. He might be a truly unique bear, or perhaps people tracking him needed a distraction from the craziness in 2020. In any case, the purpose of his mission appears to be a mystery.

While most bears prefer to avoid being seen, Bruno appeared to seek out attention. A string of sightings gained him fame, and people began following his movement on social media. One Facebook group devoted to his travels has nearly 180,000 members.

In June 2020, Bruno crossed the border from Wisconsin (believed to be his home state) into Illinois. He was spotted in Iowa where he spent a little time before crossing back into Illinois. He then traveled south through Missouri and arrived in Arkansas sometime in late July before disappearing for a while.

At the end of August, Bruno resurfaced and appears to be on the move, once again heading south.

Bears themselves are not unique to Arkansas by any means. In fact, Arkansas was once officially nicknamed the “Bear State” and was home to a booming population of black bears. Over time, hunting, poaching and loss of habitat led to a severe decline in the bear population. By 1940, less than two dozen bears claimed the state as their home.

In 1958 an effort was made to reintroduce the black bear back into Arkansas. Forty bears from Minnesota and Canada were released. In one of the most successful bear reintroduction programs in the world, the population swelled and is currently estimated to be around 5,000-6,000 bears.

So that begs the question, what is so special about Bruno?

I spoke with Myron Means, the large carnivore biologist with the Arkansas Game and Fish Commission about Bruno’s journey that has covered around 900 miles to date.

“He’s the oddest acting bear I have seen in my 25-year history.”

Even experts like Means are stumped about Bruno’s intentions. The bear often moves during daylight hours, follows main roads and highways, and is aware of traffic but not seemingly bothered by (or interested in) all of the onlookers he seems to attract. Means refers to Bruno’s behavior as “atypical,” stating that this would not even be normal behavior for a bear that has been pushed out of his habitat by younger males. To move as far as Bruno has moved is simply unheard of.

What is Bruno looking for?

Everyone enjoys a good love story, and many of Bruno’s online followers believe that he is hunting for a mate. Means doesn’t think this is a likely scenario as he could have more easily secured a mate earlier in his travels than he can now. Means also believes Bruno may be too old to be concerned about mating.

Although this isn’t a proven theory, Means believes that Bruno’s lack of fear around humans could indicate some captive history—perhaps as a cub. He believes Bruno is familiar with humans in some capacity and may be roaming with no final mission in mind.

Perhaps Bruno is heading home. There have been stories about dogs and cats traveling hundreds of miles to return to their previous homes. So, I suppose that could be what Bruno is up to. In reality, nobody knows.

Where is Bruno now?

Following his July appearances in Arkansas near the towns of Imboden and Diaz, Bruno was documented several times before he disappeared from the public eye. After five weeks with no documented sightings, Bruno emerged from his hiding spot and appears to be heading southeast, recently crossing U.S. Highway 67 just south of Newport. Where he will head now remains to be seen, but Means feels that the area provides an outstanding habitat potential.

Since it’s unlikely he’s looking for a mate, Means says the area is prime for an older, single bear. Farmland dots the area and the White and Cache Rivers help create a lush environment that could be perfect for Bruno. Although bears aren’t common in the area because of the fragmented habitat, food is plentiful and the prolific bottomland hardwood would provide Bruno with plenty of cover.

Those following Bruno’s journey are concerned about his safety as bear season (archery) begins in Arkansas on September 26. So, I asked Means if Bruno has any protection.

“He’s currently in a closed hunting zone. However, if he were to move to an open hunting zone, he would be fair game for legal hunting.”

Of course, this reality is difficult for Bruno’s fans. Recent reports of sightings have been matched with anger and concern over individuals revealing his current location. However, as long as Bruno chooses to stay in the public eye by traveling in the same unusual manner, he is both well-protected and an unlikely target.

Bruno has two white ear tags, but Arkansas law only prevents hunters from taking a bear with a radio collar. That doesn’t mean Bruno is about to meet his demise. If Bruno continues on his current path or decides to stay put, he is unlikely to cross into an open hunting zone.

Can Bruno be fitted with a radio collar?

When crossing through Missouri, Bruno traveled very close to St. Louis and began to draw large crowds of onlookers. There was a legitimate concern for his safety in such a populated area. The Missouri Department of Conservation intervened and Bruno was tranquilized and moved to a more suitable area.

Bears are often fitted with radio collars for research purposes, so some have called for wildlife officials to intervene. This is an unlikely possibility for Bruno. Missouri officials had no reason to fit him with a collar and there are some risks that come with tranquilizing a wild animal. It can hurt the animal but it also puts wildlife officials in harm’s way. Female bears are often fitted with collars when they are mid-hibernation so they are more docile and don’t pose as big a threat. To put Bruno through that process again simply to fit him with a radio collar could do more harm than good. And it would require him to be tranquilized annually to change batteries and check his stats. In short, it’s best just to let Bruno be a bear.

Bruno near Pocahontas on July 21, 2020. Photo provided by Whitney Garner.

What’s next for Bruno?

Bruno has proven over and over again that he is unusual. As we move into fall and winter we will likely see less of him as he prepares for hibernation. Perhaps he will step back into the public eye on occasion. Or perhaps he has made Arkansas his home and will disappear into the wilderness. Provided Bruno continues to invite us to follow him, you can join Keeping Bruno Safe on Facebook to follow the rest of his journey.

Bruno’s unusual behavior may cause people to forget that he is a wild animal and deserves to be treated as such. If you are one of the lucky few who get to share in his journey, remember to keep your distance and treat him with respect. Here are some tips to keep you safe when you encounter Bruno—or any other bear:

Remember that bears are wild animals and can be unpredictable.

Bears are currently in a process known as hyperphagia. This is their preparation for hibernation and they are eating as much as they possibly can. It is extremely important to be vigilant about removing any unnatural food sources from your yard if you live in an area with bears. This includes pet food and even birdseed. NEVER feed a bear. There is a saying that goes, “A fed bear is a dead bear,” because bears who are fed lose their fear of humans. This can be extremely dangerous and bears who are deemed to have lost this fear will often be euthanized.