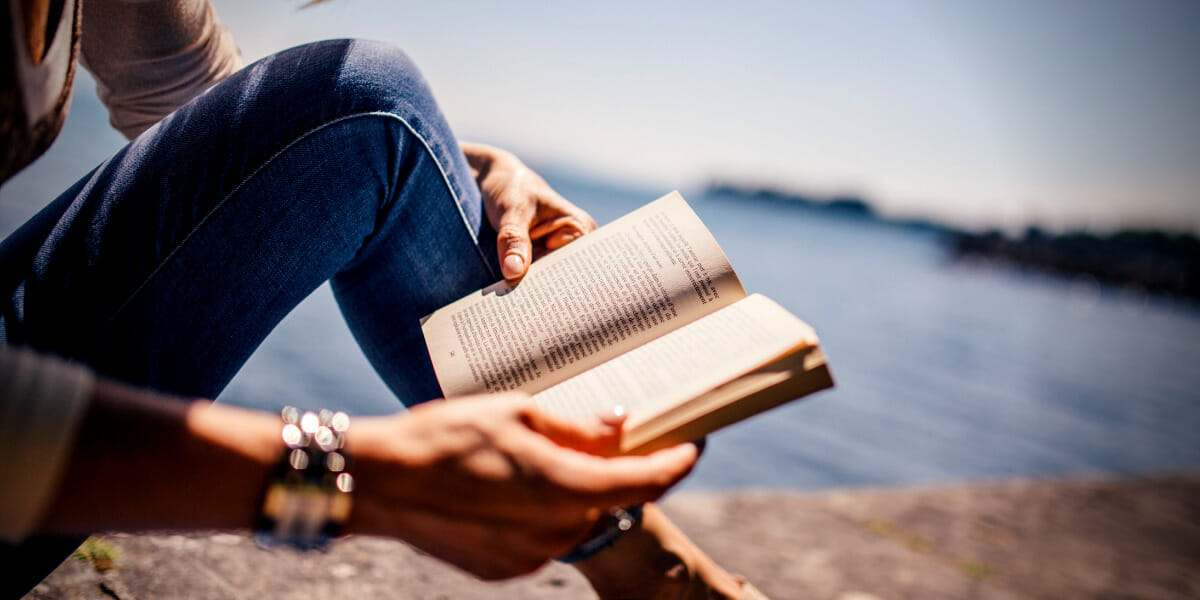 Summer vacation is finally here. So what destinations are on the top of your list? Beach, quiet cabin, the mountains, or are you the active and industrious type? Wherever you head, no doubt a good summer book is on your packing list. One of these five summer vacation reads by Arkansas authors is sure to meet your reading style.

A No. 1 summer vacation read should be the “Cardboard Cottage Mystery Series” by Jane Elzey.

These books are stay-up-late-and-read-every-page kinds of novels. The first, “Dying for Dominos,” is based in a fictional Arkansas town, though it’s easy to recognize the mountain town it might resemble. Four best friends and small-town business owners get themselves overly and suspiciously involved in solving a mystery when one of their husbands ends up dead in a parking garage.

These books are full of suspense from the first chapter. They build winding tales that keep you flipping pages quickly until the last paragraphs. The story is full of heartwarming notes of deep friendships, Arkansas backroads, sacrificial love and the unraveling that can happen when a couple of curious middle-aged women start asking questions.

The second book in the series released in May. “Dice on the Deadly Sea” begins after a year of healing, and the women are ready to embark on a cruise to celebrate the 50th anniversary of their widowed friend. New characters arrive, and one night brings a whole new mystery to resolve. But daily cruise excursions, mysterious international guests and fateful afternoons with binoculars prove to bring more details than they can all keep straight. With a spouse’s death as part of the plot, the novel might not be the best read for an anniversary trip. But it will bring humor and fun deck conversation for any girlfriends’ getaway!

James Babb was a reluctant reader growing up and had only read two books by the time he graduated college. But now, he has written five books with Arkansas roots, and his research takes him deeper each time. “Weary Road,” tells the story of an 1865 Illinois regiment who took up with a dog in the Salem, Arkansas area that became Company H’s mascot. The story is born out of research for his previous series and is the first time anyone has heard this story beyond a soldier’s diary pages.

One of the best books released in 2020 was this biography by Talya Tate Boerner in the debut production of One Mississippi Press. Completely different from her first novel, this book shares the story of her late father-in-law and all that she learned from him in his last months while he lived with her and her husband. It is a heartfelt and warm story of family, love and the enduring legacy we all have a chance to create.

If a trip to the mountains is on your summer bucket list, then a novel with a Christmas theme might be a perfect read for you. In her debut novel, Oakley introduces her audience to shop owners who have found themselves in a financial crisis. With two layers of story that start to intertwine, many questions become clear as a new romance unfolds. For Hallmark-movie lovers, this story unfolds like a dream seasonal feature.

Pen and Quin series by KS Mitchell | Purchase the Books

Written for a middle-grade audience (children about 8 to 12 years of age), these two books are high on suspense and mystery with a challenge toward tough decision-making and using preteen skills to solve problems. The twin detectives in “Mystery of the Painted Book” and “Mystery of the Golden Ball” get caught up in intrigue while trying to enjoy their summer vacation. Mitchell is a twin herself and pulled on that special relationship to develop the intricate details of the mysteries they solve.

It’s always a fun day when a new book shows up in the mail. And that is especially true for children. Whether you send them away to grandma’s while you take a trip or take them with you, slipping in a new book is a way to make bedtime exciting and something to look forward to, even while on vacation.

This Hope native finally picked up a children’s book she had written five years prior during the end of the 2020 pandemic. Then, she began a new educational pursuit in doctoral studies. She decided that if that challenge didn’t scare her, why was she so afraid of putting her book “out there?” So, she released a first-day-of-school preparation book for kindergarteners. Then, earlier this year, she released a second book with the same main characters. “Rainforest Day” explores the ideas of friendship and new experiences in a playful story with colorful illustrations.

In her grandmother’s backyard butterfly garden, a young girl makes friends with a caterpillar. The two develop a sweet friendship that explores encouragement, cultural differences and using kind words to overcome self-doubt. Dabney is a music teacher in Little Rock and hosts a YouTube channel where she reads her books for children.

What vacation reads are on your list this summer?

Hot Springs National Park is celebrating its 100th year with a full...

One look at Alda's Magnolia Hill, and you know you have stepped into a...

One response to “Great Summer Vacation Reads from Arkansas Authors”