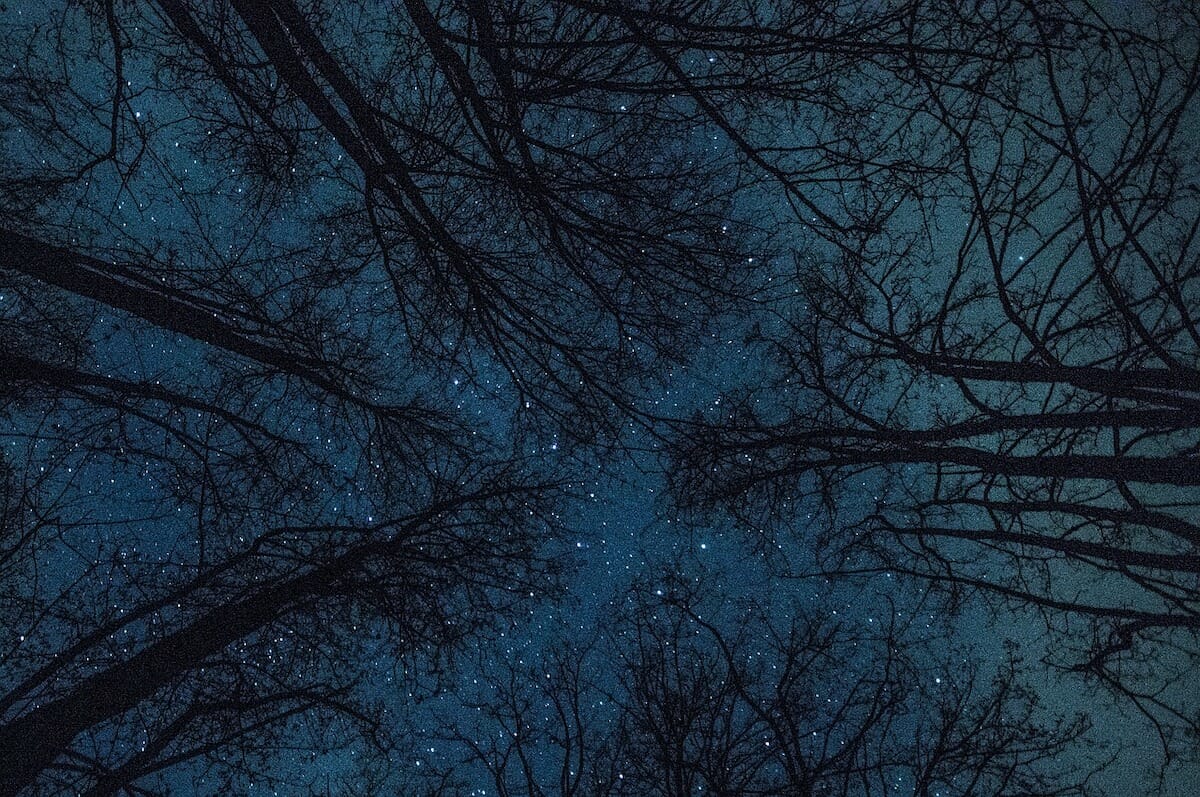 Arkansas folklore has no shortage of monsters. You’re likely familiar with the Fouke Monster, The White River Monster and even the not-so-scary Snipe. But have you heard about the Ozark Howler?

My family and I spend a lot of time sitting around the campfire; one of my favorite things to do there (besides eating s’mores) is tell scary stories. Something about being in the dark woods makes small stories feel big and even the littlest nighttime tale sounds enormous. If you’ve never been to summer camp or gone camping, I highly recommend you gather up friends for a backyard fire and ghost story session, starting with the story of the Ozark Howler:

It was late in October and fall had brought a chill to the air throughout the Ozarks. A group of young fur trappers had spent the day in the woods hoping to gather enough game for food and enough pelts to trade with other settlers in the area. Tired and hungry from the long, hard day the group was glad to finally see their camp on the horizon. They were just about to settle around the fire to a dinner of warm soup when they heard a sound that shook them to their cores. A terrifying cry echoed through the forest and each man jumped at the ready to defend himself from whatever lurked just beyond the tree line. Unsure of what they heard, murmurs reverberated through the group as they wondered aloud if a woman or child was in trouble or an animal had suffered some kind of horrible injury.

The silence that followed the blood-curdling scream was nearly as terrifying. Not only had the scream ceased as suddenly as it had begun but every bird, bug and forest critter fell into a deafening silence unlike any of the men had ever heard. No one moved as their eyes darted from one to another. Unsure of what they were waiting for one man finally reached for his rifle followed quickly by the others. The men gathered as a group and collectively began to inch closer to the woods, the sound of their breathing and the rapid beating of their hearts all that could be heard.

As they moved under the canopy of the trees the cry came again and the man were face to face with the ferocious beast. Slinking in front of them was a large, black creature. Although it’s long snout was similar in shape to a wolf or dog the men would later agree that the creature was more catlike in shape and demeanor. The glowing red eyes and horns that adorned its head were demonic and terrifying. As the men turned to run toward camp, the creature returned to the woods never to be seen or heard from again. At least not by this group…

(If you can get someone to hide in the nearby darkness and howl at this point you get bonus points for the scare factor. Add two flashlights with red filters for added effect!)

The Legend of The Ozark Howler

The story above is fictional, and as is the case with many tall tales, records of the first sighting of the Ozark Howler have been lost to time. The earliest telling of the legend involves American pioneer and explorer Daniel Boone and his supposed Missouri sighting of the creature in the early 1800s. Some versions claim he was able to fire a shot and kill the creature while other versions do not make such claims.

As is often the case with many legends, hoaxes and falsely-reported sightings abound and make finding the truth even more difficult. Reported sightings date back to the early 1800s, with the most recent occurring in 2015.

That year an individual declared that photographs in his possession were hard evidence of the Ozark Howler. Claiming to have taken the photos himself inside Devil’s Den State Park, John Meyers reached out to several local news stations. While the pictures are convincing (they can be viewed on this article from the Springfield News-Leader in Missouri), they were generally considered a great Photoshop job. Arkansas Game and Fish also reviewed the photos and dismissed them as a hoax.

Although hard evidence remains to be seen and sightings are rare at best, the Ozark Howler is a part of Arkansas’s history. Cryptozoologists and biologists generally agree that most “sightings” are cases of misidentification or may be an unidentified subspecies of a mountain lion or other creature. Either way, the dark can be a frightening place, and this is one mystery that cannot be explained.