The 10 Favorite Fried Foods of Arkansas 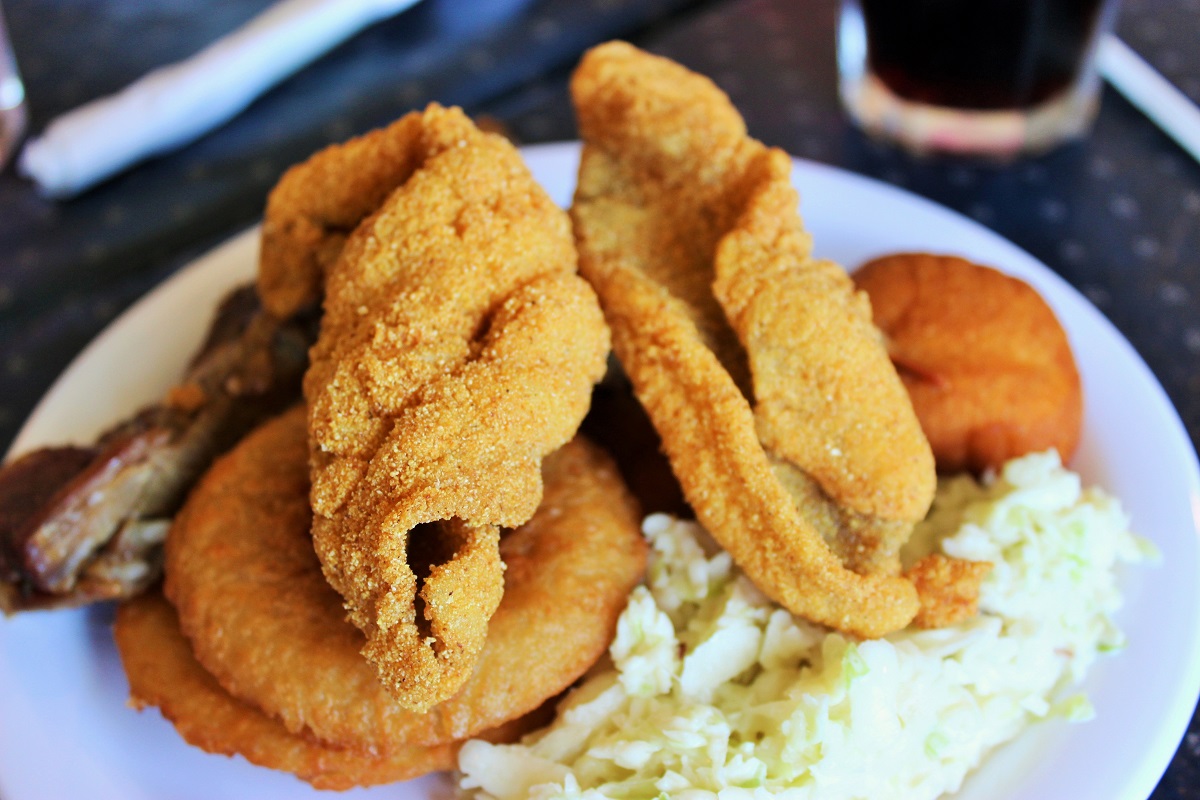 Here in Arkansas, fried food, for better or for worse, is steeped in our culinary traditions and beloved by just about everyone. Some dishes are more popular than others, but these 10 sit at the very top of our state’s fried food chain.

Before I moved to Arkansas eight years ago, I don’t think I’d ever partaken in a fried pie. Boy, have times changed. While many varieties tend to be greasy pockets of fruit, great fried pies, like what Morrison’s in Hot Springs is churning out, are a glorious, hand-held celebration of deliciousness. A thicker crust with an ample amount of fruit filling, which yields a substantial fruit-to-crust ratio, will always be my preference.

I am pretty sure there’s at least one catfish house in every town in Arkansas. If not, it sure does feels that way.  If you think about it, fried catfish might be Arkansas’ most iconic and celebrated dish. Don’t believe me? Show up to Dondie’s White River Princess on a Saturday evening and watch folks swarm towards the fried catfish on the buffet. People from every corner of the state love this piping hot, cornmeal-crusted bottom-feeder.

It seems fairly obvious to include French fries in a post like this, so let’s address the no-brainer choice. I love fries, you love fries, and just about every sound-minded person walking this earth loves fried potato sticks. Even bad fries are decent, and the great ones can be downright amazing. If you’re looking for some of the latter variety, head to Boulevard Bread  Co. in Little Rock.

Those who hate okra complain of the slimy texture and awkward mouthfeel. Frying it into tasty morsels tends to eliminate that problem. The end product is a side dish that rivals any in the state. Fried okra is just as good on its own as it is paired with collard greens and mashed potatoes but only opt for the fresh stuff. Frozen, prepackage fried okra is for the birds, both literally and figuratively.

Here is another dish I didn’t care much about until I moved to Arkansas. And while I wish even more restaurants would put fried green tomatoes on the menu, it seems like the places that do them, do them quite well. The tomatoes are excellent with either a cornmeal or panko batter and, like most things in life, pair well with ranch. At Maddie’s Place in Little Rock, they even come with crab.

As one might expect, we take our sugary fried dough very serious in these parts. In my opinion, no one does donuts better in Arkansas than Dale’s in Benton, Mark’s in North Little Rock, and Spudnuts in El Dorado.

To me, bone-in fried chicken is true fried chicken. But that’s not to say I don’t love tenders and fillets. They just seem like a different beast. Either way, I tend to prefer a thick, crispy, well-seasoned crust like what Little Rock’s Capital Bar & Grill does for its Wednesday lunch Special.

Did you really think I would include fried catfish and not also mention its deep-fried cousin, the vaunted hushpuppy? Everyone loves fried balls of savory cornmeal-based dough. At Jojo’s in Mountain View, they’re complimentary, and at Crazee’s in Little Rock, they’re a must-order.

I never understood all the love for fried pickles, and then I moved to Arkansas. Do you notice a running theme here? One thing, however, is worth noting. Fried pickle chips are better than the fried spears, in my humble opinion. That said, if you just can’t decide, go to The Ohio Club in Hot Springs and they’ll serve both variations.

From panko-crusted to beer-battered to dredged with flour, every known variety of onion rings brings pure joy. We top burgers with onion rings. We create towers with them as well. They’re great at bowling alleys or at upscale restaurants like Kemuri, resting on some sliced beef tenderloin.

3 responses to “The 10 Favorite Fried Foods of Arkansas”