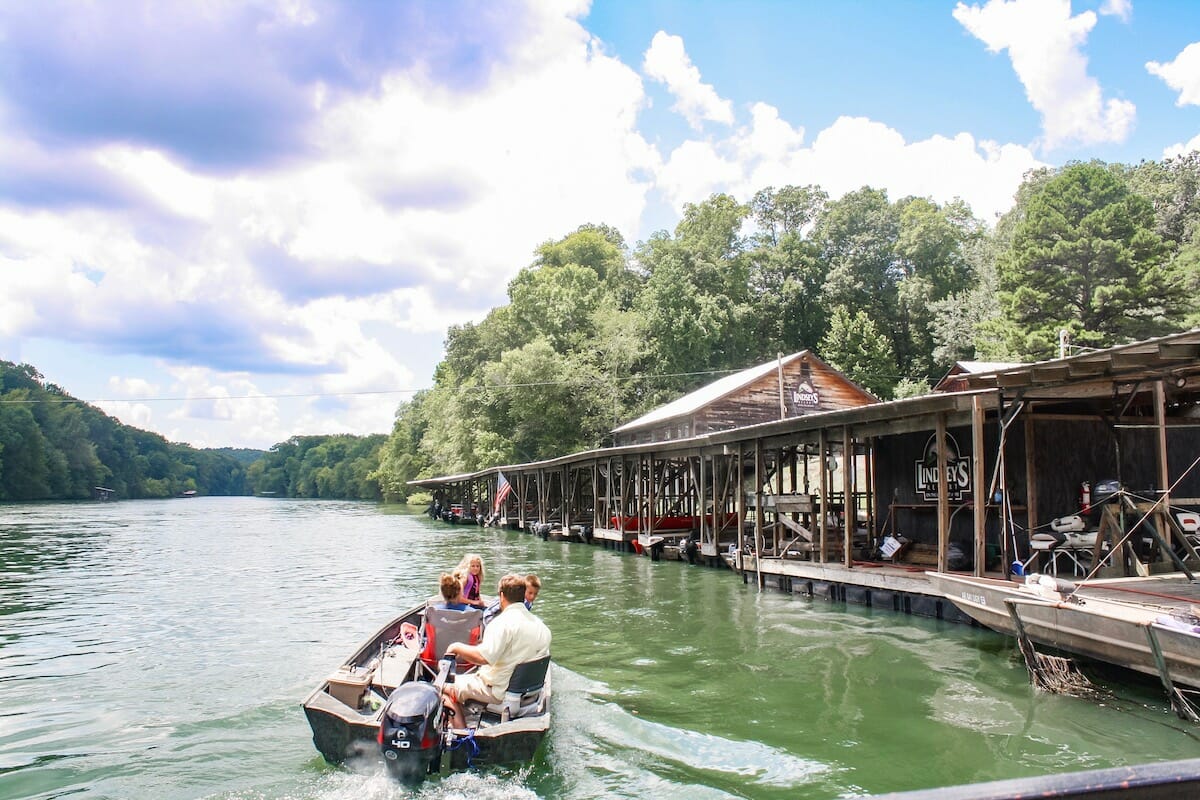 Along the banks of the Little Red River in north central Arkansas, the tree-lined lakefront property welcomes guests to an outdoor experience. Maybe a weekend getaway is on your list of New Year’s resolutions. Perhaps the people in your workplace would benefit from a corporate retreat. It could be what attracts you is the idea of trout fishing for a record-breaking catch. Whether you need a quick vacation or a place to tie the knot, a landing place for escape or simply a break from routine, Lindsey’s Resort in Heber Springs is one of the state’s finest full-service fishing resort.

Lindsey White is the resort’s current property manager. He’s also the grandson of the original owners.

“We are continuing to do what we always did by offering a world-class fishing experience and hospitality that’s unmatched.”

When the Greers Ferry Dam was completed in 1962, it created opportunities for tourism throughout Cleburne and Van Buren Counties in Arkansas. Then the Red Apple Inn opened and by 1965, Fairfield Bay was well on its way to becoming a popular recreation and retirement community. But when the dam was built, Greers Ferry Lake wasn’t the only thing that changed.

The Little Red River has always flowed through Cleburne and White counties, but the smallmouth bass that had attracted many anglers to her waters weren’t going to fare well after construction of the dam. The dam would provide a source of cold water into the Little Red River that would no longer support a smallmouth bass population in the immediate area below the dam. However, the cold waters provided the perfect environment for trout, and the U.S. Army Corps of Engineers’ trout- stocking mitigation was set to begin in the 1960s.

White’s grandparents, Bill and Mavis Lindsey recognized the potential opportunity this provided and opened Lindsey’s Resort in 1965. Starting with just two rental rooms, a handful of boats and a service dock, the Lindsey family began building a destination that would attract regular customers from across the mid-South. Getting there took longer than expected. The trout-stocking plan was delayed, but the Lindsey family kept building on their dream by expanding and adding additional lodging. And when stocking finally began, Mavis Lindsey had the honor of releasing the first trout into the waters of the Little Red. Eventually, they became a well-known name with anglers looking for time away to fish and enjoy scenery that can only be found along a river in the Ozarks.

As the Lindsey children grew older, son Billy and daughter Terry joined the operation and prompted the family to make changes to the property. A pool was added in 1978 and the Pot O’ Gold restaurant in 1980. By the early 1990s, the resort had increased the number of cabins and added a conference center.

About that same time, Howard “Rip” Collins pulled a 40-pound, 4-ounce brown trout out of the waters just south of the resort at the Swinging Bridge/Barnett Access.

Lindsey’s Resort was in the right place at the right time. Collins’s find led to an uptick of anglers heading to the area as the venue attracted visitors from all 50 states and a smattering of other countries. It seems everyone wanted a chance to land a keeper.

After Bill Lindsey died in 2009, the Lindsey family kept things afloat for several years. But when debt piled up and they couldn’t recoup costs they had incurred, the bank foreclosed and Lindsey’s Resort was shuttered. It seemed that the book had closed on a 50-year Arkansas tradition. But as any good angler will tell you, just because you’re not catching anything doesn’t mean there aren’t any fish in the water. Sometimes you need to change your tactics.

In late 2015, almost nine years later, the property reopened under new ownership but with a familiar face at the helm. Lindsey White, who had grown up helping his mother Terry and Uncle Billy with the resort was hired as general manager, maintaining the link to the Lindsey family.

The new owners renovated the grounds, updated cabins with more modern conveniences, repaired the docks and upgraded the boat fleet. While the face of Lindsey’s had a fresh look, the new owners chose to rehire most of the original staff and the family remained a fixture on the property. Much at the resort was as it always had been.

Since then, the recreational waterfront has seen a fair amount of growth. White says their strategy is to continue to make it a better place for visitors.

“When we reopened in 2015, we had just completed a major remodel of all our cabins and facilities. Everything was beautiful but needed a bit of work and love. We continue to improve as we go, even small aspects. We try to make it better each year.”

One of the most welcome changes was the upgrade and expansion of the resort’s boat fleet. New motors were added to all of the existing boats and pontoon boats were added along with new watercraft.

Lindsey’s had focused mainly on river fishing but realized that many people who come to Heber Springs would like to enjoy the beautiful lake. Within the last year, they began to offer guided fishing tours of the lake in addition to the tours of the Little Red River. All are led by guides who have been with the resort for years.

The Pot O’ Gold restaurant, a favorite with locals, underwent a recent remodel. Open for dinner Friday and Saturday evenings year-round, it offers weekly specials that range from hearty beef stew to Tuscan salmon and fried goat cheese. The food alone is worth making the drive to Lindsey’s.

When you visit Lindsey’s you will be treated well and will receive a memorable experience. With motel-style lodging, family cabins, and a sizable meeting and conference space, they host family reunions, wedding receptions and corporate parties. If you are looking for something more intimate, grab a quiet table for two in the restaurant before heading back to your cedar log cabin for the evening, complete with a Jacuzzi tub and fireplace. Whichever you choose, you’ll likely find that Lindsey’s Resort is a keeper, just like the fish those original anglers came to catch.

Photos for this article were provided courtesy of Lindsey’s Resort.

3 responses to “Catching a Keeper: Lindsey’s Resort in Heber Springs”