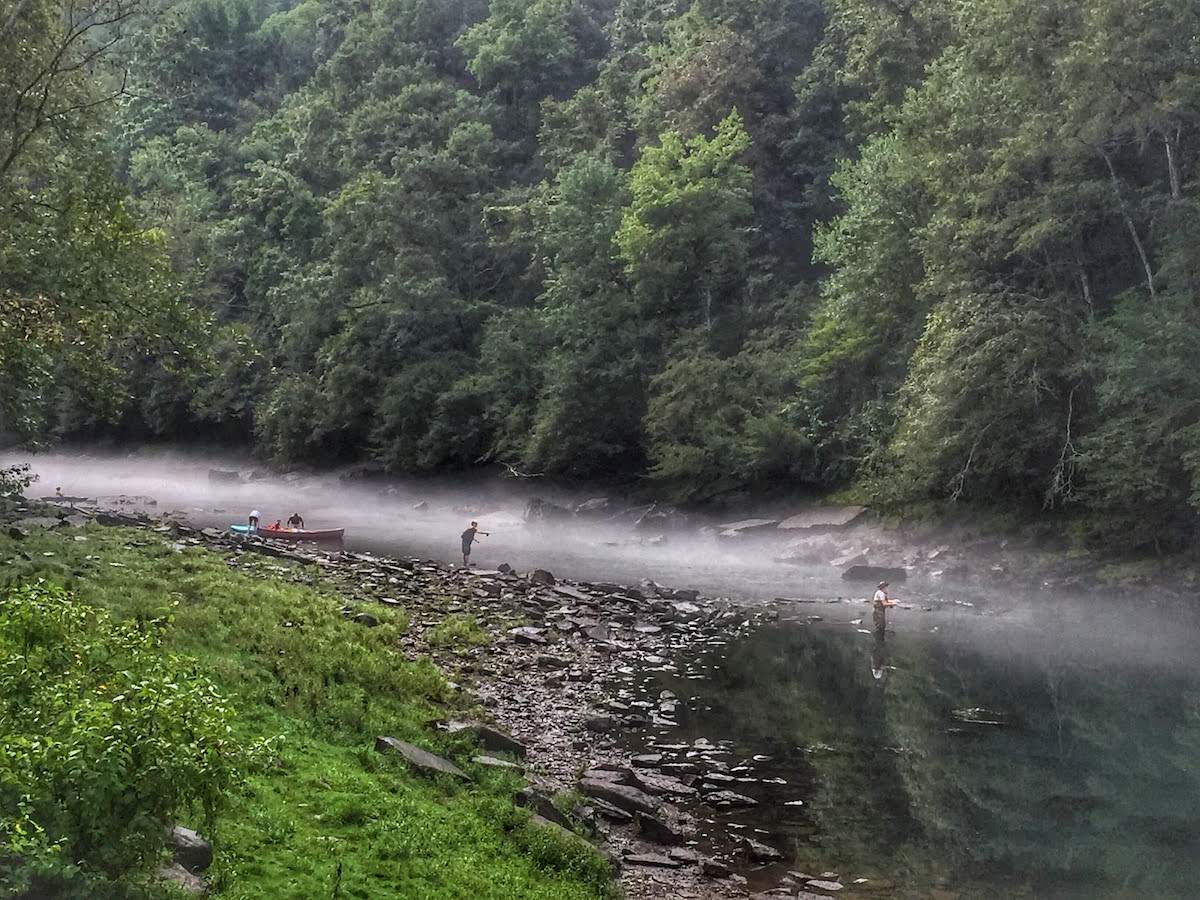 The Little Red River may have once been one of Arkansas’s best-kept secrets, but the word is out, and it’s time to experience all this river has to offer. Although time and technology have altered her path and changed her physical makeup, this 102-mile river and her tributaries provide Central Arkansas with an abundance of tourism opportunities. Clear waters and beautiful views make this world-class trout stream one of the most picturesque rivers in Arkansas.

The Little Red River is fed by tributaries that form in Northern Arkansas in the heart of the Ozark Mountains. South Fork, Middle Fork and Devil’s Fork all converge at Greers Ferry Lake. (The three rivers originally converged just east of Sugar Loaf Mountain.) Since the construction of the Greer’s Ferry Dam, the Little Red River now emerges south of the dam at Heber Springs.

Early Settlers Along the Little Red

Many Native Americans took advantage of all that the Little Red River had to offer. Abundant fish, wildlife and native plants led to several tribes building settlements in the river valley. Evidence of Native American settlements and burial mounds dating back to at least the 1500s have been discovered.

In the late 1800s, Edward Palmer, known for his studies of Indian Burial Mounds all over the South, began studying mounds in the area around the Little Red River. Palmer is also known for investigating Native American burial areas across Arkansas such as the Toltec Indian Mounds, Menard-Hodges, Hughes Mound, Taylor Mound and Tiller Mound.

In the late 1950s, extensive research uncovered many artifacts and several burial grounds throughout the Little Red River Valley. These sites were covered by the lake when the dam was built.

Early settlers also took advantage of the abundant food and water source provided by the Little Red River and the river became an essential resource for transportation. By 1875, steamboats were making their way along the river bringing goods and providing a new means of transportation.

Although steamboats connected early settlers to the rest of the world, some needed to be able to cross the river safely. As early as 1818, there were ferries located along the Little Red, long before the construction of any bridges.

One of the most notable ferries was located along the river at Tumbling Shoals. In the 1880s, William Vincent Greer, also known as “Bud,” moved to the area with his wife. Shortly after his arrival, Greer applied for a permit to operate a ferry at Tumbling Shoals. Greer’s Ferry could accommodate two wagons and teams, and he charged 10 cents for foot passengers, 25 cents for horse and rider, and 40 cents for a wagon and team. Greer operated the ferry until his untimely death in 1890. Greer had fallen off a ladder and broke his neck while attempting to save the family home from a fire. The ferry was so popular that Greer’s wife and daughter continued to operate it following his death until a bridge was built in 1912. The town of Greers Ferry, Greers Ferry Lake, and the dam are all named after William Greer.

Unfortunately, being born in the mountains meant that the Little Red was often subject to intense flooding. Although her waters could be unpredictable, many depended on the river for food and water and travel. Throughout history, the rise and fall of the water caused the loss of farmland and life.

In 1927, the worst flooding in the history of the United States occurred throughout the Mississippi Valley and the southern states. This led to the Flood Control Act of 1938, which included plans for building a dam near Heber Springs. World War II put these plans on hold, but Congress finally approved the dam in 1954. The Greer’s Ferry Dam was completed in 1963 and, in his last public appearance before his death, John F. Kennedy dedicated the dam in memory of William “Bud” Greer and the little boat that once ferried passengers at Tumbling Shoals.

You can learn more about the Greers Ferry Dam here.

The Greers Ferry Dam impedes Greers Ferry Lake and marks the beginning of the river proper. The river meanders for 102 miles until it pours into the White River just outside of Searcy near Georgetown at the Henry Gray/Hurricane Lake Wildlife Management Area.

Immediately below the dam, the U.S. Fish and Wildlife Service maintains a trout hatchery. The cold water created by the dam creates a habitat perfect for trout. Natural spawning and regular stocking make the first 31 miles prime trout fishing grounds which rival many of the best streams in America. Rainbow and brown trout are a favorite of anglers, but brook and cutthroats are also plentiful.

As the river winds southeast through White County, her waters give way to several public access areas and popular fishing spots in Pangburn, Searcy and Judsonia. Before emptying into the White River, the Little Red flows through the Bald Knob Refuge and the Henry Gray Hurricane Lake Wildlife Management Area.

Stay Along the Little Red River

The Cabins at Lobo Landing

Other access points are available all along the river and are indicated on this interactive map.

Eat Along the Little Red River