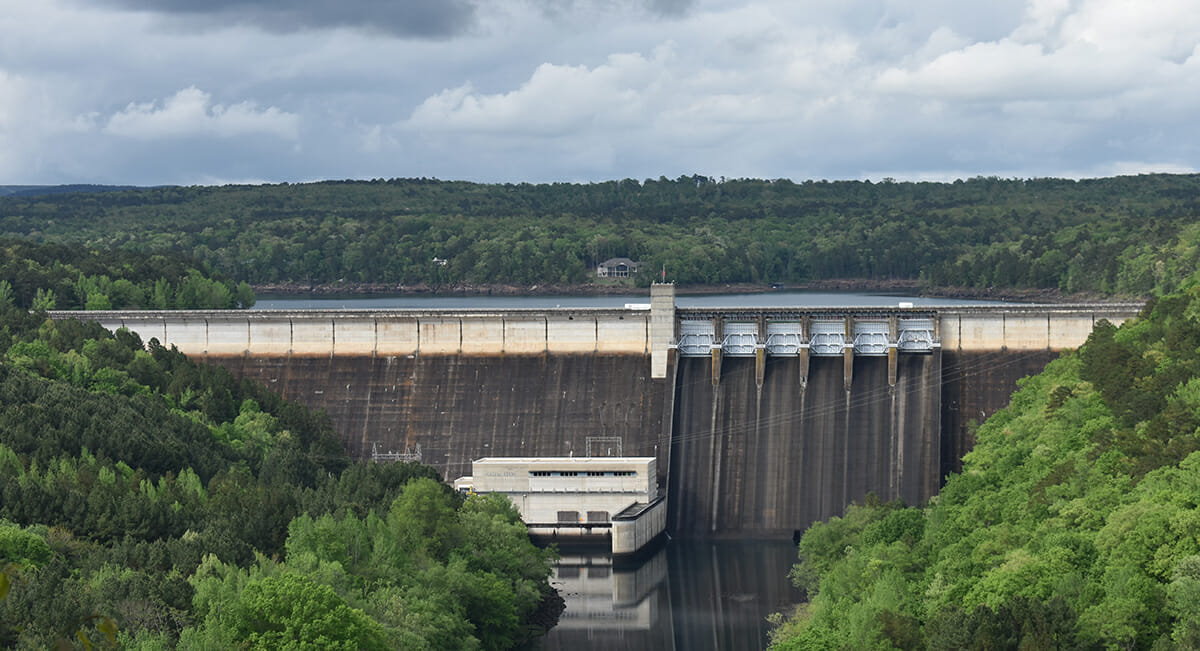 If you’ve ever traveled on HWY 25 through Cleburne County, chances are you’ve driven on the Greers Ferry Dam. You can’t see too much of the dam as you’re driving on it, but a stop at the John F. Kennedy Memorial Overlook, or a walk along the shore downstream reveals an impressive and awe-inspiring structure.

Equally impressive is the history of both the dam and the area in which it stands.

When Arkansas became a part of the United States in 1803 with the Louisiana Purchase, hunters, trappers, and settlers were only sparsely scattered near the White and Little Red Rivers. In 1820, this area was explored and mapped for the first time by Major Stephen H. Long, a member of the early Corps of Engineers. Major Long’s reports on the land and climate encouraged pioneers to settle in the Little Red River country.

As settlements grew near the Little Red River, the area’s waters became an important means of transportation. This generated a new role for the Corps of Engineers – to improve the safety and navigation on the rivers and streams.

During the 1800s, steamboats were a valuable means of transporting goods to and from the Arkansas wilderness. In 1903, the first railroad built in the area began operation, which soon ended the need for steamboat traffic on the White and Little Red rivers.

Later, the Spring of 1927 brought torrential rains and storms to the Mississippi Valley, which produced the greatest flood disaster in the history of the United States. This, combined with a long history of flooding in the Little Red River country, caused Congress to assign the Corps of Engineers to develop a flood control program.

In 1938, Congress approved the Corps’ plan for a series of flood control dams on the White and Little Red Rivers, including a dam near Heber Springs. However, the onset of World War II caused these plans to be put aside.

Congress approved the building of Greers Ferry Dam in 1954. Local residents had worked for over 30 years to convince Congress of the need for the dam and had gained the backing of the Arkansas Legislature and concerned civic groups along the way. The final decision to build Greers Ferry Dam was based on two of the dam’s major benefits: flood control and the generation of hydro-electricity.

Nine years of planning and six years of work on the Greers Ferry Reservoir were completed before the first concrete was poured in 1960. The total cost of the project was $47.5 million. As soon as the dam was built, the Corps began filling the reservoir pool.

Construction of the dam and creation of the lake impacted many small towns in the area. At least seven towns had to be deserted because once the water rose, they would soon be underwater. Prior areas of Choctaw, Edgemont, Eglantine, Higden, Miller, Mudtown, and Shiloh are now at the bottom of Greers Ferry Lake. It’s also said that twenty-seven cemeteries were relocated. As you can imagine, controversies arose over the relocation of entire towns, utilities, the cemeteries, and a railroad. But the benefits of the dam eventually outweighed those complications.

After completion, the dam and lake were dedicated by then-President John F. Kennedy, which would prove to be his last major appearance before his ill-fated trip to Dallas in 1963. President Kennedy spoke about how the dam would impact both the local area and the country, and what he believed would be a major positive financial change to the area, and he was right.

Greers Ferry grew from an economically weak area into one of the most popular vacation destinations in Arkansas. The Corps of Engineers estimated that by the year 2000, over 5.5 million people had visited the lake and the surrounding area. A later estimate says that more than 7 million people visited in the year 2012 alone.

Greers Ferry Lake is considered one of the cleanest and most beautiful in the world, and gives its visitors opportunities to camp, hike, swim, boat, ski, fish, and sightsee.

Located near the dam, The William Carl Garner Visitor Center opened in 1983 and provides visitors with stunning exhibits and facts about the dam. The center tells the story of the Little Red River country, way back to prehistoric times, through exhibits, photographs, multi-image audiovisual presentations and live demonstrations.

I collected much of my material for this article from the William Carl Garner Visitor Center and give credit to the outstanding research on display there. The US Army Corps of Engineers was also very helpful to me and provides a wealth of information about the Greers Ferry Dam.

You can learn more about the dam, the visitor center and the US Army Corps of Engineers at http://www.swl.usace.army.mil/Missions/Recreation/Lakes/Greers-Ferry-Lake/Wm-Carl-Garner-Visitor-Center/ . 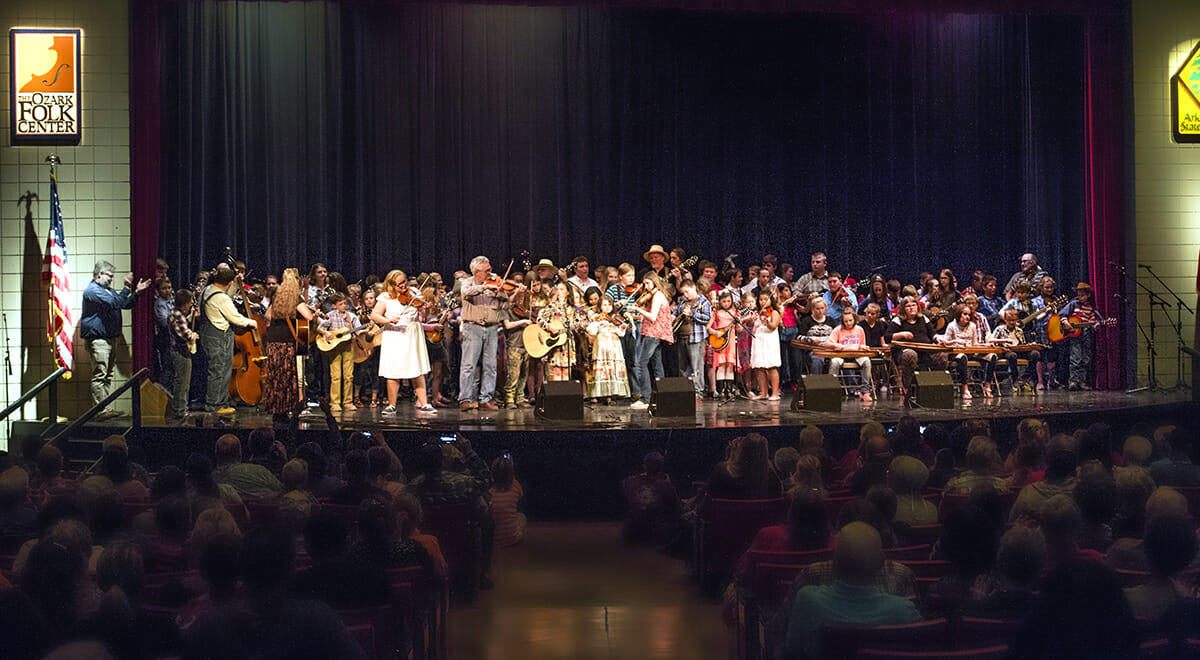 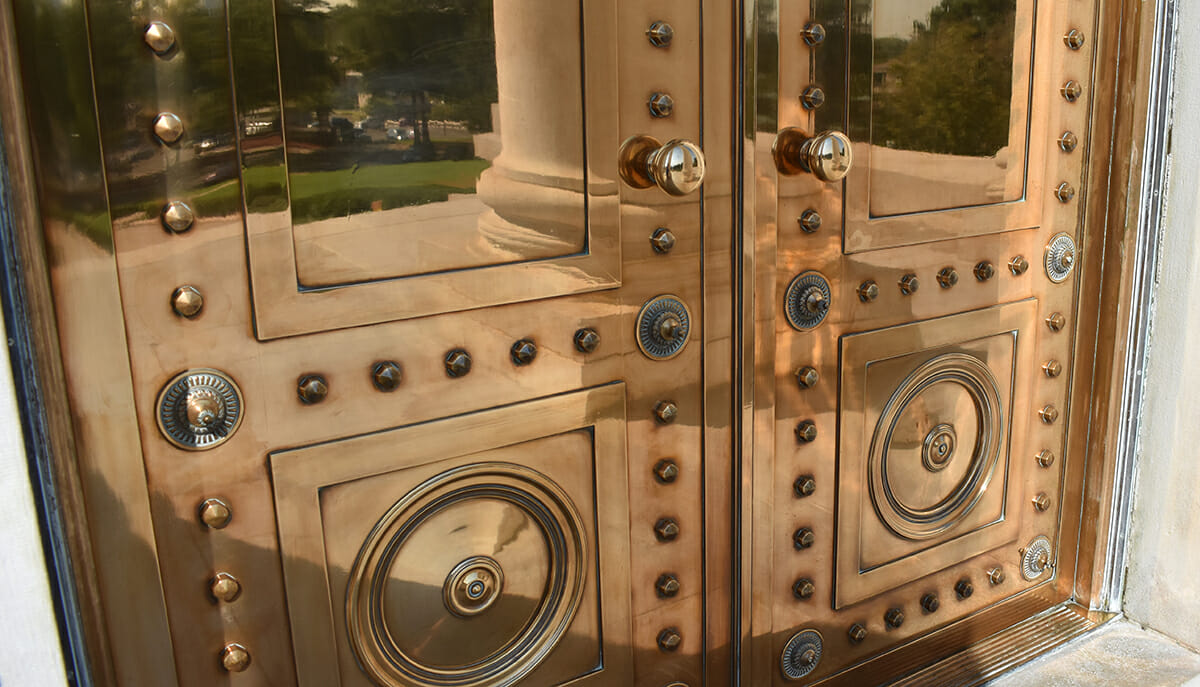