The Encyclopedia of Arkansas

Sharing the Trails with Arkansas Wildlife 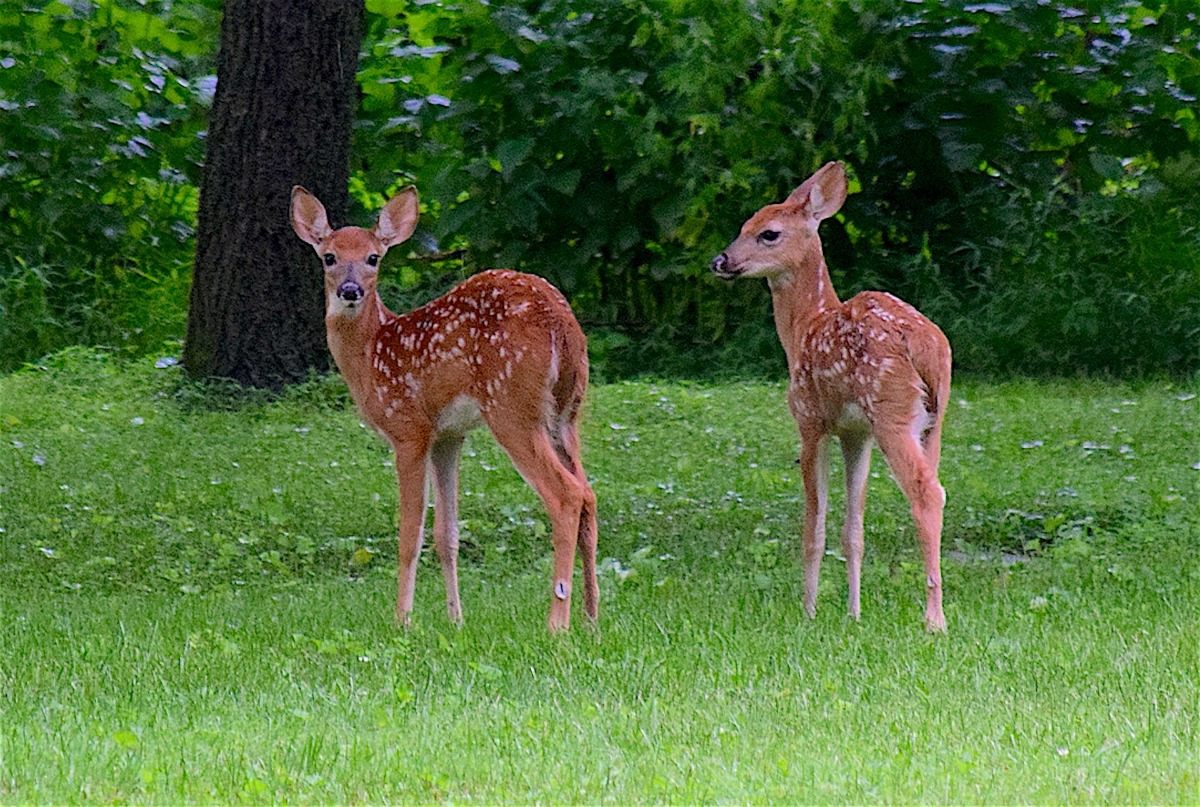 As the Natural State, Arkansas is known for its outdoor adventures, including hiking. From the bluffs of the Buffalo River Valley to the steep trails of the Ozarks and Ouachitas, to the lowlands of the Delta, hikers can enjoy 1,800 miles of trails, but who are you sharing the trails with? Part of the hiking experience in Arkansas includes the wildlife that might cross the trail in front of you. Taken together, we have the good, the bad, and the unbelievable creatures you might spot on an Arkansas trail.

These are the somewhat common, non-threatening animals you’re most likely to see while hiking an Arkansas trail. Even though these animals won’t attack you, they’re still wild animals and should be left alone.

Bald Eagles – Eagles migrate to Arkansas in the fall, drawn by our numerous lakes and rivers. The birds nest and hunt in the Ozarks and Ouachitas, with as many as 1,700 birds calling Arkansas home for the winter months. For the best chance to catch a glimpse of an eagle, hike on open trails near waterways and look up. The birds perch high in the tree tops to scan the water for prey. You might also see them flying above the lakes or bluffs around mid-morning when the rising air temperature offers the best time for the eagles to glide on the thermal updrafts.

Deer – The white-tailed deer became Arkansas’s state mammal in 1993, and with estimates of around one million deer statewide, you have a good chance of seeing deer on some of our trails, especially if you’re hiking through meadowlands. Keep an eye out early in the morning or as dusk falls for the flash of white tails as they bound away.

Elk – Spotting the elk in the Buffalo National River Valley is always thrilling. The elk can usually be found near Boxley Valley. Hike along one of the trails near Erbie campground to look for elk.

Box Turtles – Children are always thrilled to spot turtles and the three-toed box turtle is common across the state, but you’ll have to keep an eye out for their shells. The brown color often blends with rocks and the trail itself. Turtles love wooded areas with good ground cover, so look for them along forest trails.

Turkeys – Although Arkansas’s wild turkey population has been declining in recent years, you may still see a turkey on the trail. Turkeys have excellent eyesight and hearing though, so it’s likely they’ll hear you before you see them. Male turkeys are larger with the traditional plumage and red wattles, but females are smaller, darker birds with a sleek look.

Other commonly spotted animals along Arkansas trails include lizards and salamanders, armadillos, squirrels, possums, and skunks.

The animals in this group aren’t necessarily bad, but they can be more dangerous to hikers and deserve a wide berth, if possible.

Snakes – The majority of snakes you may run across on a trail aren’t poisonous, but they can bite. Arkansas is full of snakes, from the dark brown or black rat snake to the green snake. We do have three species of poisonous snakes though. Copperheads, cotton mouths and rattlesnakes can be found in all parts of the state, so keep this in mind while hiking. Poisonous snakes generally have triangular heads and oblong eyes. Instead of getting close enough to identify these snakes, give them space on the trail.

Ticks – Arkansas has an abundance of these blood-sucking insects and if you’re hiking one of the trails, the chances are good you’ll carry an uninvited guest home with you. Ample bug spray and protective clothing can help, but ticks are wily creatures. Be aware of any tick bites you get since cases of tick-borne illnesses have been increasing. If you do find a tick, you can contribute to science by mailing your tick to UAMS for a tick study.

Bears – Thanks to an excellent wildlife management program, black bears are once again an important part of the Natural State. They inhabit the Ozarks and Ouachitas, especially around the Ozark Highlands Trail. Though bears are usually shy, solitary creatures, it’s possible to run across one on the trail. The bear will probably be as startled as you and run away.

Bobcats – Although bobcats are the most common wildcat in the U.S. and Arkansas, they’re difficult to spot. They’re mostly nocturnal, but if you hike early or late, you may just see this large-eared, short-tailed cat out on the hunt. They’re not usually aggressive towards humans, but if you see one that doesn’t run away immediately, do not approach it, as it is likely ill.

Wild Hogs – We couldn’t be the Razorbacks without these wild pigs running loose in the state. Feral pigs have existed in Arkansas since the Spanish transported them into the area, but with a population of 200,000, they’ve become a huge nuisance to many farmers and residents. These hogs can grow quite large, up to 200 pounds on average, and they can be dangerous, although most will run away if they see you. If you see a wild hog on the trail, go against your instincts as a Razorback and don’t call those hogs.

You’re not likely to see these animals on the trail, but if you do, count yourself among the few Arkansans that can say they have!

Mountain Lions – Once native to the natural state, modernization and hunting drove the big cats to assumed extinction in the state. In 2015, the Arkansas Game and Fish Commission confirmed mountain lions have returned to Arkansas. The cats are probably migrating from other states in search of their own territory. You probably won’t see a mountain lion on an Arkansas trail, but that doesn’t mean it’s not watching you.

Fouke Monster – Also known as the Southern Sasquatch, or more commonly, Big Foot, Fouke Monster sightings date as far back as 1908. Many Arkansans scoff at the idea, but others claim to know someone who has seen the hairy creature, or they’ve seen it themselves. Either way, if you come across one on a trail, cover your nose. They’re rumored to be smelly.

Snipe – Arkansans will tell you this strange bird only comes out on moonless nights and is so quick they’re hard to see, let alone catch, so you won’t have to worry about running across one on the trails. If you do, you could be the first to actually catch a snipe.

The trails are a great way to experience Arkansas any time of year, and viewing the wildlife is part of the experience. Catching a glimpse of an eagle, an eagle, turkey or even bear, means you have a fun story to share about your hike on an Arkansas trail.