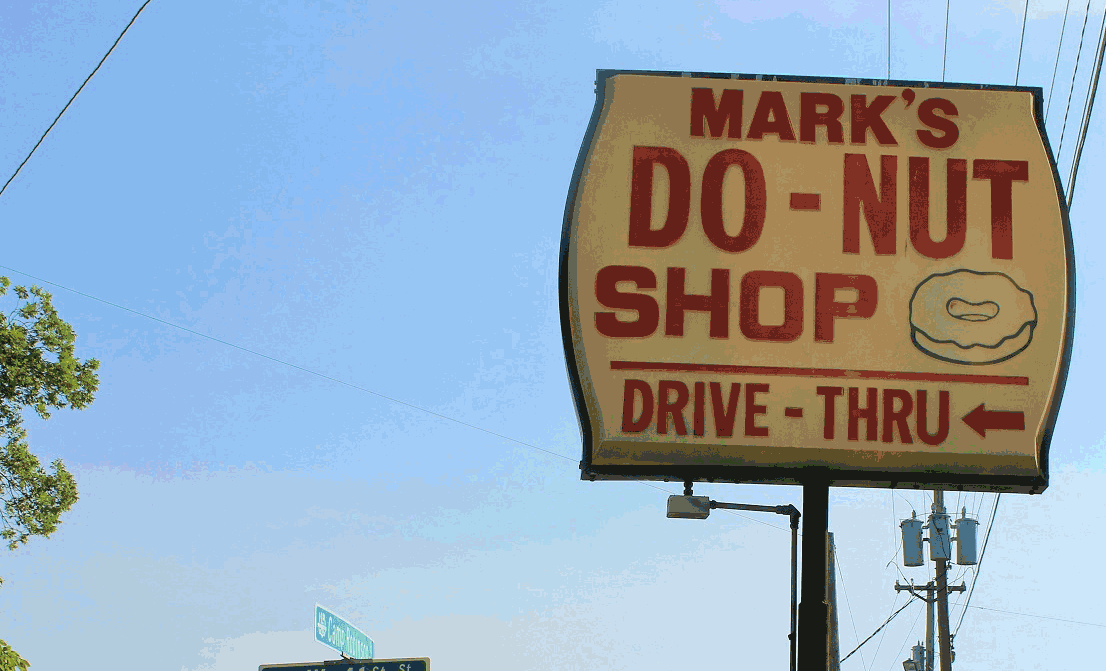 We have no shortage of fantastic food in Arkansas, but some places do popular dishes and drinks so well that they stand out from the crowd. In my eyes, here are the clear-cut best Arkansas foods across the state for these 10 major categories.

Right off the bat, this was one of the most difficult categories to pick. Why? Because we have some stellar donut options in Arkansas. I love Spudnut Shoppe in El Dorado and Dales in Benton, but I still have Mark’s on a pedestal. The donuts are so light and fluffy and simply can’t be beat. I especially enjoy the chocolate iced, glazed, and coconut, but there isn’t a bad option. Just make sure to arrive early.

Barbeque is a very general category, and while places typically excel at certain dishes better than others, when you take into account the entire body of work, there is just no topping what Wright’s Barbecue is cranking out. They make the best sliced brisket I’ve come across in Arkansas and the ribs and smoked pork belly are excellent. And although Wright’s is currently king, there are several places (like Ray’s Rump Shack, KnightFire BBQ, and Ridgewood Brothers BBQ) nipping at their heels.

Forget about just being the best coffee in the state, Onyx is some of the best coffee you’ll find in the entire country. Specifically, the Onyx Coffee Lab in Bentonville is just an amazing spot to grab a drink. I’m a cold brew guy, but anything you get will be great. When in town for a weekend, I visit the shop no less than four times.

Hey, this is Arkansas, Home of the Hogs, so you know I had to include bacon as part of this post. There is no better place to get it than Coursey’s Smoked Meats in St. Joe. If you’re driving through town, like most customers, make sure to order several pounds of the smokey, sliced bacon for the road. Professionals will even have an ice chest ready to go in the car.

The fried pies coming out of the pristine food truck in Hot Springs are just on an entirely different level from the competition. They aren’t the least bit greasy, have a thick, crispy exterior, and are filled with anything from peach to coconut cream to chicken potpie. My suggestion? Get one of everything. You will not be disappointed.

Again, this is not a knock on other steakhouses across the state. We have some great ones, but to me, none compare to Taylor’s in Dumas. The country setting is a bonus, as is the downhome service, but the star is the dry-aged ribeye that hits the table swimming in a pool of its own meat juice. The filet is also a winner, as is the cheesecake for dessert.

The competition is stiff with onion rings, but I still have Seaton’s at the top of my mountain. I just love the simplicity of their hand-battered rings, and while some folks frown on their lack of salt and pepper, I have no problem with adding those seasonings right before dipping each ring into ketchup.

Here’s yet another wide-ranging category of Arkansas foods, so I had to give this one some intense thought. At the end of the day, I went with Ed Walker’s iconic French dip, a savory pulled beef sandwich on a toasted hoagie with a side of au jus. Just thinking about the sandwich makes me salivate, as do those accompanying crinkle-cut fries.

How do you separate yourself in a category like fried catfish in a state like Arkansas? I mean, hundreds and hundreds of restaurants serve it, but none do it quite like Bosses Chicken in England.  Each thick battered piece resembles a fried dagger. Tear open to reveal steam and a hearty cut of the cleanest catfish you will ever taste.

This one is sure to ruffle a few feathers, as pie gets personal here in The Natural State. Yes, I love places like Charlotte’s and The Whippet, but there is something about the strawberry pie at Skylark Café in Leslie that stands above all others. It’s seasonal, of course, so keep an eye on the restaurant’s social media and make the drive to Leslie for pie nirvana.

If I am completely honest, my visit to Grumpy’s Getaway in Rose Bud was...

One response to “10 Best Arkansas Foods in 10 Categories”