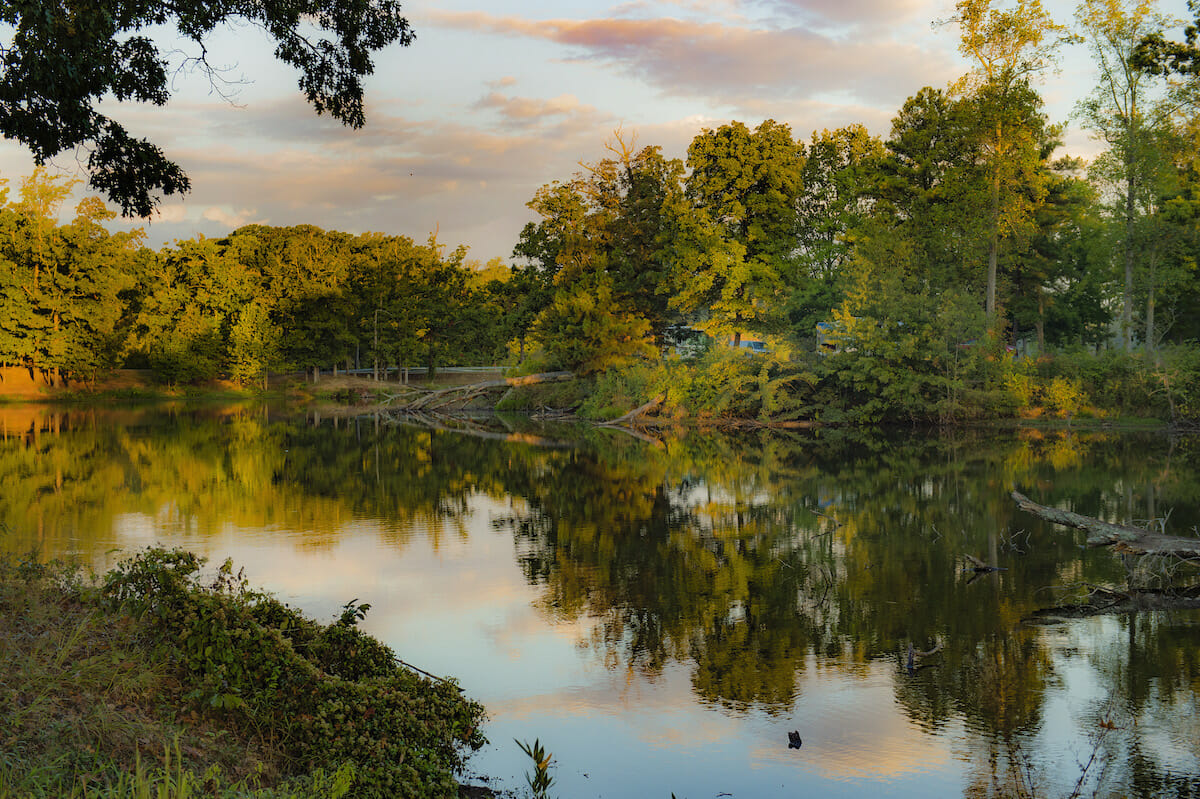 Nearly 3 million acres of land are preserved across Arkansas in the form of national forests. The forests offer rugged mountain terrain, creeks, wildlife, and panoramic views from hilltops to show off awe-inspiring scenery. Opportunities for camping, hiking and trail riding wind through Arkansas’s National Forests. Scenic drives lead to points and overlooks where you can observe wildlife and catch a glimpse of what gives Arkansas its nickname, The Natural State.

Typical mountaineer family. Photo No. 18909A, by Ralph Huey, 1914. Permission granted by NPSHistory.com.

Arkansas’s national forests are a treasure. As early settlers moved west, little thought was given to preserving land. Instead, settlers were encouraged to clear-cut and cultivate land as part of the Homestead Act, signed into law by President Abraham Lincoln in 1862. The act often required that homesteaders clear specific percentages of land, leading to an overall decrease in forestland across the country.

It wasn’t long until men like Gifford Pinchot, later to become the founder of the U.S. Forest Service, and John Muir, conservationist and advocate for the preservation of wilderness known as the “Father of the National Parks,” began to voice concerns over the amount of land that had been placed in the public domain. They shared the same goal but with drastically different motives. Pinchot believed the land should be economically preserved and later sold to developers. Muir advocated for complete preservation to protect wildlife, trees and scenery.

In 1891, amid a national outcry, President Benjamin Harrison withdrew 13 million acres of land in the West from the public domain and created Forest Reserves. These reserves would be renamed as National Forests in 1907. Presidents Cleveland and McKinley focused on other issues during their terms, but conservation was once again brought to the forefront when President Theodore Roosevelt took office following the assassination of William McKinley.

Roosevelt was most proud of his efforts to conserve and protect America’s forest and wildlife and, by the end of his second term, had reserved more than 150 million acres of forest land. Often using his executive power, Congress believed Roosevelt was encroaching on too many public land areas. They amended an agricultural appropriations bill to prevent the president from using his executive power. In the final moments before the bill was signed into law, Roosevelt added 21 additional forest reserves, bringing the total to 150 national forests that protected over 230,000,000 acres of land.

Among Roosevelt’s conservation efforts was the establishment of the Arkansas National Forest on Dec. 8, 1907, a proclamation which protected the mountainous area south of the Arkansas River. Some of the protected land extended into Oklahoma, so in 1926, the reserve was renamed the Ouachita National Forest. The 1.8 million-acre preserve is headquartered in Hot Springs and includes nearly 800,000 acres of old-growth forest.

Visitors to the Ouachita National Forest can enjoy hiking, fishing, canoeing and rock hunting. Some of the highlights include:

Sylamore Road—most expensive road in Stone County before 1913. Photo No. 19496A, by Ralph Huey, 1914. Permission granted by NPSHistory.com.

The Ozark National Forest, encompasses 1.2 million acres across the northern part of Arkansas, primarily in the Ozark Mountain region. The forest contained the only body of protected hardwood timber in the country at the time. Some of the most remote and scenic areas of the state exist within the Ozark National Forest. The extensive trail system throughout the forest provides hundreds of miles of hiking and horseback riding trails.

Points of interest in the Ozark National Forest include:

At only 22,600 acres, the St. Francis National Forest is one of the smallest in the country. The forest is primarily situated in the Crowley’s Ridge region but extends to the banks of the Mississippi River and is the only national forest to do so. The forest doesn’t offer much by way of recreational activities but the area is well-known for fishing.

Some popular spots in the forest include:

4 responses to “National Forests of Arkansas”