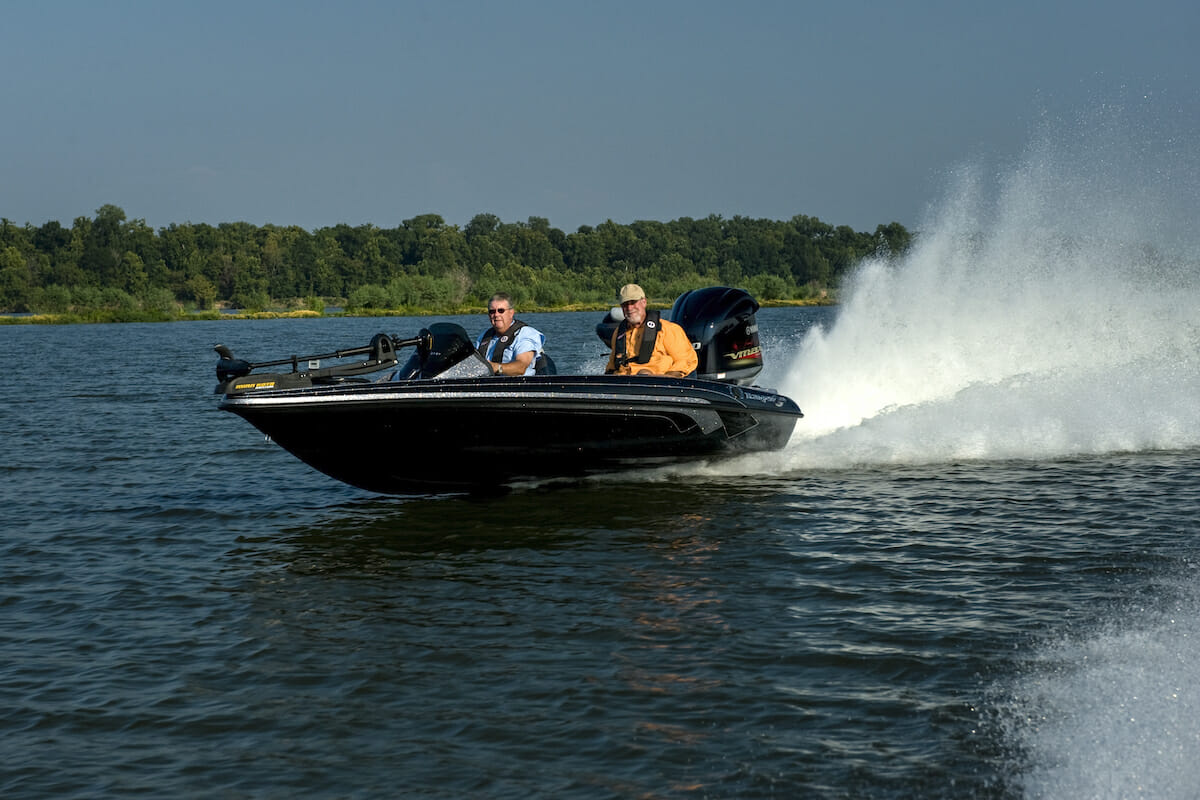 It is no surprise that Arkansas is well-known and well-respected in the fishing industry. Our lakes and rivers provide endless opportunities to catch a variety of fish and our climate supports the sport all year. Arkansas’s waters have cast the dreams of anglers sky high and spawned the creation of world-class fishing lures like the Trout Magnet and Booyah Baits and launched Arkansas-made boats like Ranger, AlumaCraft and SeaArk to success beyond the state’s shorelines.

The recent death of Forrest L. Wood, a pioneer who established Arkansas in the fishing and boating industries, got me thinking about how much Arkansas contributes to the fishing industry. Wood was primarily responsible for setting the bar and getting Arkansas at the forefront of the boating industry with his company, Ranger Boats.

In addition to managing a cattle farm and a construction business, Wood found time to get his start in the fishing industry as a guide. He also organized float trips. His construction background led him to build a boat now considered the original prototype for all bass boats.

He sold Ranger Boats in 1987 but remained active in the fishing industry.

He is also recognized as an accomplished outdoor writer.

AlumaCraft began producing aluminum fishing boats in Minneapolis, Minnesota following World War II. The former iron company turned to manufacturing airplanes and pontoons and found themselves with a surplus of both aluminum and skilled workers following the war effort.

As production increased, the company, hoping to gain a foothold in the Southern market, purchased General Marine Corporation in Arkadelphia in 1974. This enabled them to expand their production efforts along with the company’s success.

Located in Monticello, SeaArk is the industry leader for catfish boats and the maker of the world’s largest Jon Boat. SeaArk’s all-welded aluminum boats come with a variety of options and accessories, allowing owners a semi-custom experience and the opportunity to own a boat perfect for their needs. SeaArk opened in 1992 and employs more than 150 individuals who work hard crafting a quality product and allowing the company to live up to its slogan “Boats Built for a Lifetime.”

Wood boats reigned supreme before World War II but were heavy and difficult to maneuver. Bill and Chick Ward, brothers from Monticello, were able to get their hands on a surplus of aluminum in 1945 and started DuraCraft Boats. The Fisherman, The Sportsman, The Pacemaker and the Voyager were four of their most well-known boats. Still family-owned, DuraCraft has been making boats for over 65 years.

The company began as Waco Craft, crafting aluminum fishing boats in 1960, and debuted their Waco Brushwacker duck-hunting boats in 1995. With their more specified and ever-evolving duck boat like they are now known as Edge Duck Boats.

The company also manufactures the Aloha Pontoon Boats. Their innovation led them to be the first pontoon boat company to add an upper sundeck.

Starting in the small town of Friendship, Xpress Boats began building high quality all-welded all-aluminum boats in 1966. In the 1980s, Xpress redesigned the hull to a paddle-raised hull known as the Hyper-Lift® Hull, creating a product that had the durability of aluminum with the performance of fiberglass.

Sales increased and the family-owned company relocated to Hot Springs in 2000. They continue to offer a quality, affordable and expanded Hyper-Lift line available around the world.

The sister company to Xpress Boats, Veranda was born in the same old schoolhouse in Friendship, Arkansas. Veranda patented the all-aluminum all-welded interlocking deck system in response to the problem of rotting wood decks that plagued the pontoon boat industry.

The company released its first line of pontoons in 2006 and has continued to redefine its manufacturing process to provide quality boats that include touches of luxury, setting them above competitors.

Arkansas-made boats have certainly made a splash around the world. This is not an exhaustive list, and we’d love for you to comment about your favorite so we can feature them in a future article.

Check out these articles so you can learn about Arkansas-made equipment and the best spots to launch your new boat:

Cover photo by Arkansas Department of Parks and Tourism.