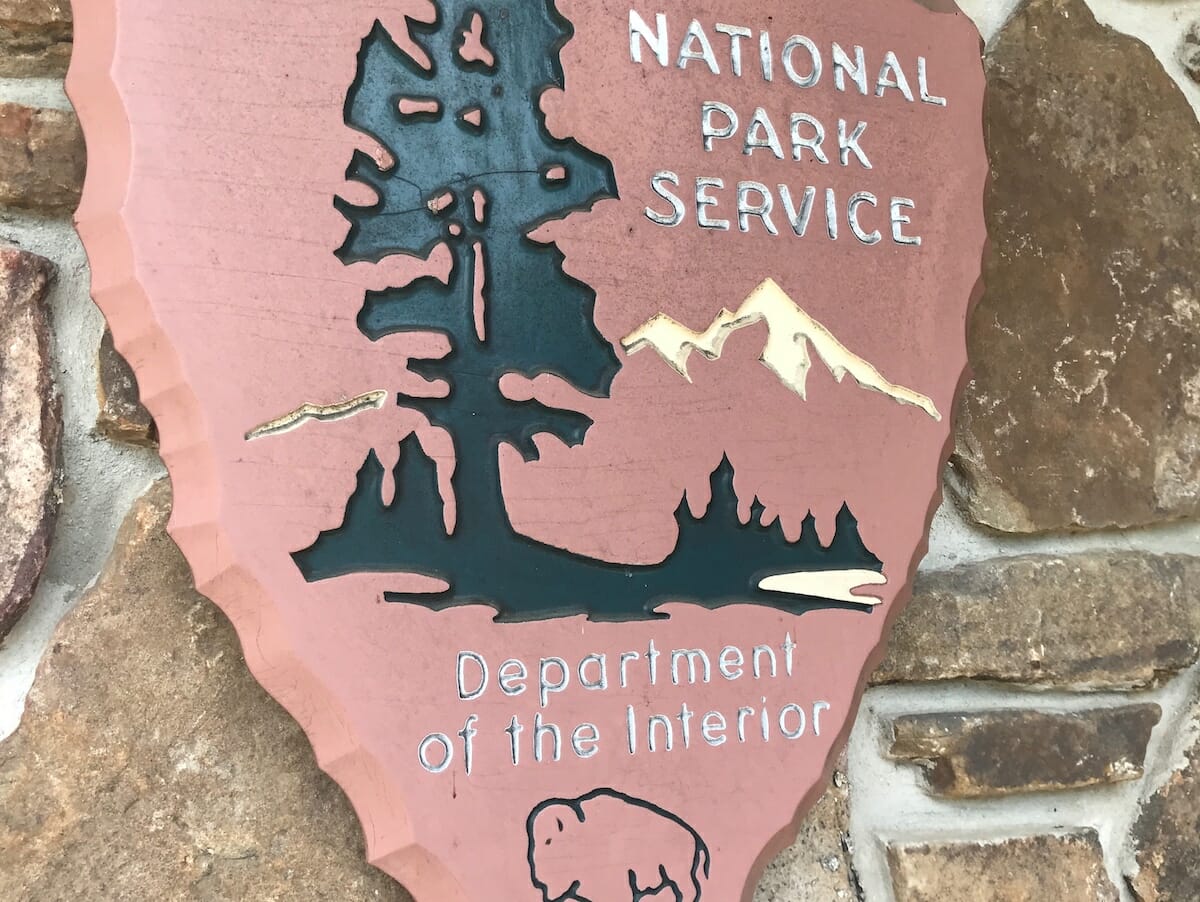 In 1872, Congress established Yellowstone as America’s first national park, contributing to a land spread out over 2 million acres becoming a household name. More than 1,400 miles to the southeast, a town called Hot Springs, Arkansas has also been referred to as the country’s first national park. So I set out to learn a little bit more about Arkansas’s national treasures, hoping to clear up the confusion.

As it turns out, the timeline for the National Park Service is, as my toddler son likes to say, “upside over.”

In the early 1800s, the Industrial Revolution had made its mark across England and the United States. It propelled economic growth, led to a population boom and enhanced the standard of living for many people. But with the Industrial Revolution also came a changing landscape and the pristine beauty of America began to be swallowed up by sprawling cities and factories. Poets like William Wordsworth of England and painters like George Catlin, known for painting the American West, began to romanticize the idea of national lands that were preserved for the people.

The federal government took notice and began to set aside parcels of protected lands and forests. In 1832, President Andrew Jackson signed legislation that would preserve four sections of land near Hot Springs known as the Hot Springs Reservation a full 40 years before the establishment of Yellowstone. But Congress failed to set up any governing body or federal control of the lands, so while they were “protected,” it was mostly just on paper.

With the establishment of Yellowstone, the land was a federally governed territory under the full responsibility of the government; thus, it was officially named as the first national park. Over the next half-century, 39 national parks and monuments were established but lacked an administrative agency to oversee policy and procedures. It wasn’t until 1916 that President Woodrow Wilson signed a law forming the National Park Service Organic Act, which established the National Park Service as an agency of the Department of the Interior.

Today, the park carries the nickname of “America’s Spa City.” The 143-degree water bubbles from deep below the ground and then rises to fill pools, a natural phenomenon that leads visitors to this hot spot for healing and relaxation. Bathhouse Row contains eight bathhouses with ornate decorations from the 19th and 20th centuries. Several of the thermal baths still offer guest services, and the Historic Fordyce Bathhouse serves as the Visitor Center and Museum for National Park.

Hiking trails and parks throughout the city are open from sunrise until 10 p.m. The Fordyce Visitor Center and Museum are open daily from 9-5.

So while Hot Springs may not have the official title of America’s First National Park, it was the first land reserved for America’s people. Today the National Park Service oversees 419 sites across the country including seven of Arkansas’s national treasures.

Henri de Tonti established “Poste de Arkansas,” a French settlement and trading post, along the banks of the Arkansas River in 1686. The area was the first European settlement in the Mississippi River Valley. The settlement became part of the United States following the Louisiana Purchase of 1803 and in 1819 was named as the first capital of the Arkansas Territory.

The site includes a visitor center and museum as well as trails and a “historic town site.” The historic weapon demonstration and junior ranger program are also popular.

America’s first national river was established in 1972. The picturesque river meanders through the Ozarks providing visitors with opportunities to hike, float quiet pools of water and running rapids, views of expansive bluffs and unique geological formations, elk and other wildlife, and the chance to experience the night sky in Arkansas’s first International Dark Sky Park.

Built in 1817, Fort Smith was established to maintain peace between local Osage Indians and Cherokees. The 19th-century fortress complex served as a military post throughout the frontier era and the Civil War. As the gateway to the West, Fort Smith became the line between the reach of federal law and the lawlessness and violence of Indian Territory. Judge Isaac C. Parker, known as the Hanging Judge, was tasked with returning law and order to the area.

In 1957 nine African-American students who became known as the Little Rock Nine enrolled in classes at Little Rock’s Central High School. Gov. Orval Faubus initially refused them entry into the school by deploying the Arkansas National Guard. Protests and national attention followed. President Eisenhower issued an executive order for the Arkansas National Guard to support the integration. On Sept. 24, 1957, the 101 Airborne Division of the U.S. Army escorted the nine students onto campus although they were subjected to continued verbal and physical abuse from white students.

Central High School is the only operating high school in the country to be designated a National Historic Site. The Visitor Center is open daily from 9-4:30 but visitors must reserve a guided tour to enter the actual park and are only available on select dates and times. Visitors may book a tour by calling (501) 374-1957.

The battle at Pea Ridge is considered the most pivotal battle fought west of the Mississippi during the Civil War. Controlling Missouri was considered the key to winning the war in the West. On Christmas Day in 1861, Brig. Gen. Samuel R. Curtis aimed to drive out the Confederate Army and anyone with Confederate ties. Culminating when 26,000 soldiers spent two days fighting for control in March 1862, Missouri was saved for the Union.

Pea Ridge is one of the most intact Civil War battlefields in the nation. Hiking and horseback riding are popular in the park. Visitors can access several battlefields, the Elkhorn Tavern, Williams Hollow Hospital, Clemens House and the Little Sugarcreek Trenches. The visitor center is open daily from 8:30 to 4:30. Admission is $10 per person or $20 per vehicle.

“In this house, I learned to walk and talk. I learned to pray. I learned to read, and I learned to count by number cards my grandparents tacked on the kitchen window.” — President Clinton, Dedication Speech at the Birthplace Home in 1999.

The Trail of Tears commemorates the suffering of the Cherokee people when they were forcefully removed from their homelands in Georgia, Tennessee, North Carolina and Alabama. Thousands traveled by foot, horse, wagon and steamship to the Indian Territory (now Oklahoma) during the late 1830s. The tragic relocation resulted in many deaths because of racial prejudices and intolerance.

The Trail of Tears passes through nine states and includes historic markers and sites, museums and parks.